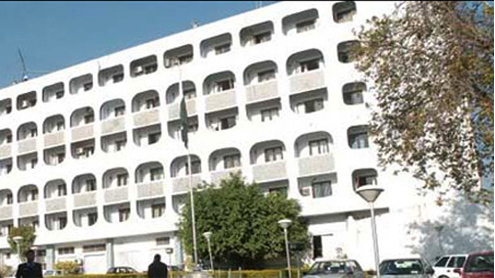 ISLAMABAD: With less than 33 days left of its tenure, the PPP-led coalition government has posted 41 trade ministers, commercial counsellors and commercial secretaries to 36 countries, including the US and Russia.

In a decision that has surprised the concerned quarters in bureaucracy, the choicest postings in the western and industrialised countries have gone to officers from the district management group (DMG) while those having experience and training in the filed have been posted at missions in developing countries.DMG officers have been posted in Washington, Moscow, Sydney, Chicago, The Hague and Jeddah.

Officers from the audit and account and income tax groups are second and third in the row as they have secured postings in Hong Kong, Seoul, Rome, Paris, Riyadh and Berlin.The officers of these groups lack experience to deal with trade-related issues.The screening of the officials was conducted through a test held on Oct 6 last year. The threshold of marks obtained by the candidates for passing the test was lowered to 40 per cent from the earlier 60pc ‘to accommodate those nominated on political basis’.As many as 206 candidates passed the tests, including those from private sector.

According to the summary about the postings, six trade ministers/counsellors have been posted in six countries. Of these four slots were given to the officials from the DMG and one each to audit and account and commerce and trade groups.The DMG officers include Abdul Aziz Uqaili, posted in Sydney, Capt (retd) Khurram Agha (Washington), Fawad Hassan Fawad (Kandahar) and Hamed Yaqoob Sheikh (Moscow).Audit and account group official Abdul Ghufran Memon has been posted in Hong Kong and Dr Safdar Suhail of commerce and trade group in Brussels.