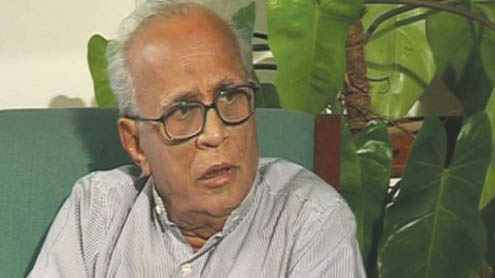 ISLAMABAD: Terming the criticism against the members and chief of the Election Commission of Pakistan (ECP) as most “unfortunate”, Chief Election Commissioner (CEC) Justice (r) Fakhruddin G Ebrahim on Thursday said “we have absolutely no political affiliation”.

In a press statement, the CEC said that the reservations expressed by some political parties against the members and chief of the ECP and their demand for its dissolution were most unfortunate, as “we are only six weeks away from the expiry of the present government’s term and on the verge of a smooth transition from one democratic government to the next for the very first time.”

“The appointments of all the members of the ECP and myself were made in complete compliance with all constitutional provisions. We are all retired judges of our respective superior courts and have absolutely no political affiliation and such allegations are unsubstantiated and baseless and is an attempt to malign the ECP for political gains,” the CEC said.

Ebrahim further said that the ECP had never been as open and transparent as it was at present. Notices have been taken against the allegations of pre-poll rigging and bans have been imposed on advertisements using public money, doling out jobs for votes and diversion of funds by the provincial and federal governments to please constituents on the eve of elections, he added.

“We have prepared an electoral roll in collaboration with NADRA for the first time, which will eradicate duplicate voting. Legislative proposals have been made to increase women voters’ participation, ensure the secrecy of the ballot paper and enhance nomination scrutiny measures. Penal action has been taken against sitting parliamentarians for holding dual nationality and fake degrees.

The number and security at polling stations has been increased. Other measures and proposals to ensure free and fair elections are constantly being considered and implemented,” the CEC said.He further said that he had full faith in the integrity, independence and competence of all the members as well as the staff of the ECP, who were working for the sole objective of free, fair and transparent elections. – PT