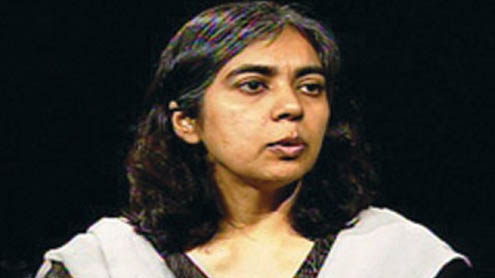 Haroon’s husband Faisal Bari, her brothers and her mother were by her side when she died, four-year battle with cancer at the age of 46, her family said.Her body will be flown to Lahore on Wednesday and she will be buried the next day, her family further said.Ayesha Haroon started her career with the Frontier Post. She later joined TheNation and worked in editorial positions in various media organisations in Lahore and Islamabad. In 2007, she joined The News as its editor in Lahore.

After being diagnosed with cancer, she initially received treatment at Shaukat Khanum Hospital in Lahore before being taken to Mount Sinai Hospital in New York. After prolonged treatment, she was on her way to recovery when the disease recurred in June last year. Haroon’s death was mourned by journalists in Islamabad, Lahore and Karachi.Her husband Faisal Bari is a professor of economics at the prestigious Lahore University of Management Sciences. – Nation

Punjab govt to spend all of ADP funds in third quarter

Punjab govt to spend all of ADP funds in third quarter