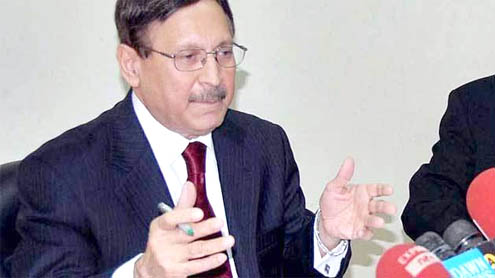 ISLAMABAD: The Senate on Friday passed The Investigation for Fair Trial Bill, 2012.According to details, the bill moved by Law Minister Farooq Naek provides for investigation and collection of evidence by means of modern techniques and devices to prevent and effectively deal with scheduled offences.

It will also regulate the powers of the law enforcement and intelligence agencies. Under the bill, all the law enforcement and intelligence agencies will be governed by a uniform legal system for collection of evidence, which will be admissible even if collected prior to the registration of an FIR. This would provide a legal framework to the agencies to lawfully conduct the surveillance of an individual who is suspected of engaging or preparing to conduct an act of terror.

Furthermore, the bill will render necessary assistance in successful prosecution of perpetrators of such crimes. When it comes into effect, the law will prevent the arbitrary use and abuse of interception powers particularly by the intelligence agencies and force them to abide by the law. It will encourage all investigating including intelligence agencies to only collect genuine evidence in accordance with law and curb the temptation of planting false and fabricated evidences against individuals in violation of their human rights and civil liberties. – PT