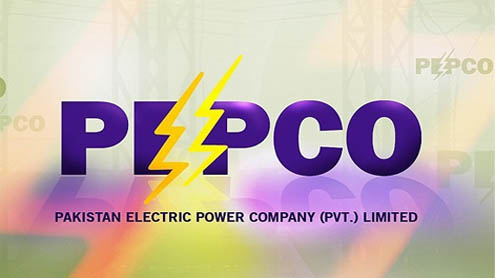 LAHORE: The power sector has failed to recover bills worth Rs35 billion in the first six months of the current fiscal year, resulting in a default of a whooping Rs418 billion.

This is despite the fact that it has gobbled up a Rs185 billion subsidy so far this year.According to the record of the Pakistan Electric Power Company (now defunct), the nine distribution companies billed an amount of Rs427.916 billion during the first six months (July-December) but were able to recover only Rs392.880 billion.The government traffic differential subsidies of Rs18 billion, which the federal government paid on behalf of the Karachi Electric Supply Company (KESC), has kept the final tally down. Otherwise it could have increased correspondingly.

During the same period, an amount of Rs1.975 billion against the Balochistan government also was written off.The biggest default amount (Rs231 billion), according to the record, stands against the private consumers. In the last six months, this figure increased by around Rs34 billion. The sector billed an amount of Rs342 billion but was able to recover Rs308 billion only.As such, the total default against the private consumers, which stood at Rs197 billion in June 2012, swelled to Rs231 billion by December.

The Sindh government remains the biggest official defaulter with Rs60.51 billion. In the last six months, it defaulted between Rs52.69 billion and Rs60.51 billion – a difference of Rs7.8 billion in six months or Rs1.3 billion a month.The KESC remains the biggest private defaulter with Rs43.53 billion. This is despite the fact that the federal government last month paid Rs18 billion tariff differential subsidy directly to the power sector and brought its bill down from Rs54.67 billion (in June) to Rs43.53 billion in December.

The government of Khyber-Pakhtunkhwa is the second biggest official defaulter with Rs20 billion. This amount includes Rs18.6 billion which were not passed on to consumers when the provincial government committed to paying it on their behalf. Later on, it asked the federal government to pay the sector from mark-up payments on the arrears of net hydel profit due to it.The Federally Administered Tribal Areas have also not been able to pay Rs20 billion and so does the government of Azad Jummu and Kashmir which owes Rs19.69 billion.

“Of all the amounts, the private default is an unpardonable sin as it includes all that ails the sector (corruption, inefficiency and theft),” says a former member (power) of Wapda. The distribution companies have no excuse to leave this amount un-recovered; it’s an outright corruption, he says.Otherwise, the power supply to consumers can be suspended without any hesitation, he says and calls for all-out efforts to improve the situation.

“That is not to say that the official defaulters should be let off the hook but recovery from the private defaulters is easy to make,” he says.Secondly, he says, the KESC has become a permanent source of fiscal problem. After all, it is billing people and recovering money. But it is not paying even a penny and snatching anywhere between 650MW to 750MW from the national grid. Its monthly billing is between Rs4 billion to Rs5 billion, which is going into default but still no one can stop power supply to this private company, he says. – Dawn