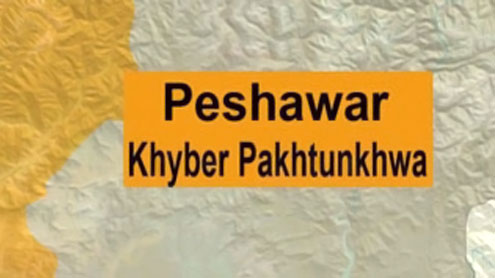 PESHAWAR: Khyber Pakhtunkhwa and the other three provinces would collaborate to put in place a framework to accelerate their progress towards the achievement of Millennium Development Goals, according to official sources.

In view of their poor performance on the MDGs front, the United Nations Development Programme would assist the provincial governments in developing the MDGs acceleration framework during next six months.Under the new strategy, the provincial governments will focus on ‘more achievable MDG targets,’ according to an official document.In this respect, the Khyber Pakhtunkhwa government will have an exclusive unit for monitoring progress on projects and activities meant to achieve MDGs, according to the sources.

The new initiative, said an official, had come in line with an understanding between the UNDP and Economic Affairs Division, on the basis of which progress on MDGs would be tracked down across the country.Like Khyber Pakhtunkhwa, Sindh, Punjab and Balochistan, according to official documents available with Dawn, are set to miss a majority of the MDGs’ targets with big gap in view of their dismal performance in social sectors development.The UNDP has consented to assist the provinces in evolving the mechanism to keep under check their progress towards MDGs achievement.

The official added that the UN agency had given extension to its countrywide initiative, ‘Strengthening Poverty Reduction Strategy Monitoring Project’ that phased out after completing its three-year project term on December 31, 2012.“Provincial governments in coordination with the UNDP and Economic Affairs Division would evolve the project implementation framework during the first six months of the new project in which the leftover work of the previous project would also be completed,” said a development planner.

In case of Khyber Pakhtunkhwa, a research study financed under the SPRSM remained to be completed.The new project, said the official, would last for three years during which the provinces would be helped to streamline their efforts towards achievement of those MDGs that seemed more realistic.“Not all of the MDGs could be achieved, therefore attention would be refocused on those indicators/areas that are achievable,” said an official, adding that the MDGs acceleration framework would be evolved in consultation with the donor agency following which the project would work for another two-and-a-half years.

All the provinces are far behind the targets of most of the 18 MDGs that the federal government wants to achieve by the 2015 deadline.The Khyber Pakhtunkhwa is likely to miss MDGs, including poverty alleviation, improving literacy rate and ratio of girls to boys in schools, decreasing infant mortality rate, bringing down maternal mortality ratio, improving access to water and sanitation, and achieving the aspired limits of aid as a percentage to gross domestic product.

The officials said that Khyber Pakhtunkhwa had been carrying out several development projects in social sectors to bring about improvement in accordance with the globally set MDGs.“The availability of resources is not an issue,” said a senior official. He, however, said governance was an issue, hampering progress on the MDGs. “A lot is at stake because of governance, it depends which development model you have in place,” said the official.The development agency, said the official, would also support capacity building of the government departments under its extended project.

According to an official document, under the new project (an extension of the SPRSM) the provincial governments would involve activities to ‘support the capacity development needs with regard to policies and framework for inclusive development, its monitoring and budgeting.’“Enhancement of economic governance and human development outcomes in the province would be the main objective of this component,” contains the document.

With the help of ‘MDGs acceleration framework,’ the donor agency, said an official, hoped that the province and other federating units would be able to have a better system to monitor progress on MDGs and have an improved reporting system. – Dawn