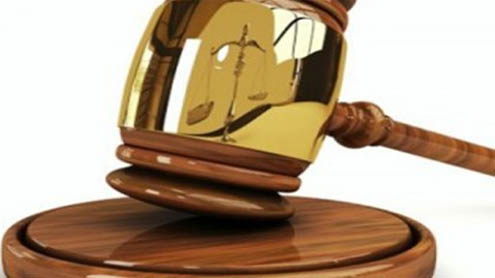 ISLAMABAD: Acting Federal Ombudsman M. Salman Faruqui has said that the `Ombudsmen Institutional Reforms Bill 2013’ approved by the Federal Cabinet was a landmark development towards providing cheap and expeditious justice to the citizens.

Addressing a press conference here on Thursday, he said that the Bill would be now be presented in the parliament for approval, adding that all of 11 Ombudsmen had been functioning under the law formulated in 1983 but no infrastructural changes had ever been introduced to remove the shortcomings.He said that the bill contained the input from the members of Forum of the Ombudsmen of Pakistan and the civil society through letters written by the Acting Federal Ombudsman.

He said earlier a low level and powerless officer used to represent his organization before the Ombudsman that had now been proposed to replace with the senior officer.He said under the proposed law, the office of the Ombudsman would allot compliant number to the complainant within 24 hours and also display details of the case on the website.He said that the government department would be bound to respond to the Ombudsman’s notice within 15 days or action would be taken against the head of the department.Faruqui said if mal-administration continued after issuance of notice, the Ombudsman would be empowered to issue injunction to stop it – a power to be given to the institution for the first time.

The Acting Ombudsman said after receiving department’s response to the notice, the Ombudsman would be bound to dispose of the case within 45 days.As the proposed bill would be applicable at federal level, the provinces had also been requested to amend their decades-old laws to reform the institution.He said for the first time, the citizens would be given right of review on Ombudsman’s decision that was earlier confined to the government department.

Faruqui said if any department failed to implement the Ombudsman’s decision, the Ombudsman would initiate contempt proceedings against the guilty that could be sentenced with up to six-month imprisonment.He said that under the new law, the appeal against the Ombudsman’s decision would be filed before the President.He said in new law it has been proposed that representation against the decision of any Ombudsman would lie directly with the President and a consultant would be appointed at Presidency to process the representation.

Federal Tax Ombudsman Shoaib Suddle while speaking on the occasion said that the Ombudsman had been given 45-day time to review the decision and that the review cases would be heard personally by the Ombudsman, not any member of his staff.He said once the law is enacted, the complainant would not be required to personally appear before the Ombudsman or engage the lawyer to pursue his complaint.He said in the organizations against those number of complaints is persistently high; a grievance commissioner would be deployed there permanently to address the issue.Answering a question, Salam Faruqui said that complaints related to defence institutions would be taken up through the Ministry of Defence. – Nation