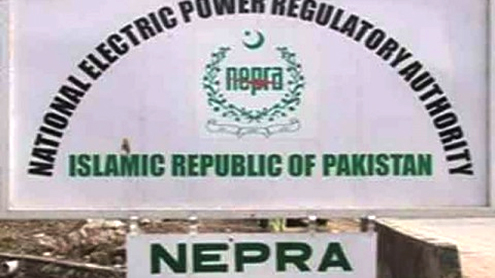 ISLAMABAD: National Electric Power Regulatory Authority (Nepra) has increased electricity rate by Rs1.33 per unit for December bills under ‘controversial’ fuel price adjustment (FPA). However, notification to this effect would be issued after the detailed court judgment on the matter (FPA).

Earlier, Central Power Purchasing Agency (CPPA) requested the authority (Nepra) to approve hike by Rs1.36 per unit in power tariff on account of fuel price adjustment. Per unit cost of electric power generation with furnace oil was recorded at Rs 17 per unit while with diesel it stood at Rs 19 per unit. This shows a difference of Rs 1.36 per unit in the power production and supply costs. Therefore, the CPPA approached the regulator to raise the electricity rate by Rs1.36 per unit.

A hearing was held under Chairman Habib Ullah Khilji in Nepra on the plea of CCPA after taking stakeholders point of view on monthly fuel price adjustment sought by the CPPA. The authority examined the details provided by the distribution companies and then given a final decision of hike in electricity price.  The CPPA in the course of hearing was of the stand that the DISCOs supplied power at a cost of Rs 8.95 per unit in December while the reference price was set at Rs 7.59 per unit.  Last month hydel power generation across the country remained very low due to reduced release of water from reserves, therefore, reliance on expensive thermal power production remained high to reduce the shortfall during the month of Dec 2012.

The CPPA in its request pleaded to Nepra to approve Rs 1.36 per unit hike in power tariff under head monthly fuel price adjustment. It has sold six billion thirty crore and thirty lacs units of power to DISCOs in December at a fuel cost of Rs55 billion, 82 crore and 50 lacs while transmission losses remained high at 0.61per cent against Nepra target which in result bored a loss of Rs34 crore and 30 lacs.  During the course of session, the Nepra declared that a notification to this effect would be issued after the detailed judgment from IHC. The IHC has already declared monthly fuel price adjustment as illegal and null and void.

Despite a stay order on additional surcharge (FPA) from IHC, stopping the power companies from retrospectively collecting additional electricity charges, the Nepra  is persistently giving its approval to controversial monthly fuel price adjustment, which to some stakeholders is against the spirit of the court orders.They were of the view that the regulator (Nepra) could not even hold a hearing until the detailed judgment of the IHC was available. – Nation

Plot to delay vote in the works: ANP

Plot to delay vote in the works: ANP