NA session to continue till Feb 8 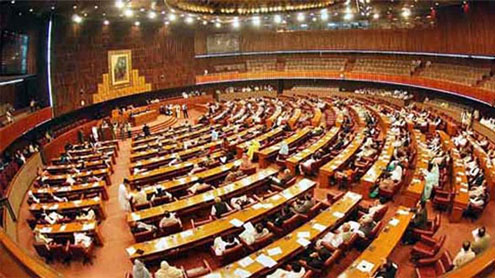 NA session to continue till Feb 8

The committee met here at the Parliament House, with Deputy Speaker Faisal Karim Kundi in the chair to discuss the business for the 49th Session of the National Assembly.After thorough discussion, it was decided that the current session of the National Assembly will continue till February 8. It was decided that ongoing session would be adjourned on 8th February, 2013 and will resume its business on 18th February, 2013.