Are we wrong about Pakistan? 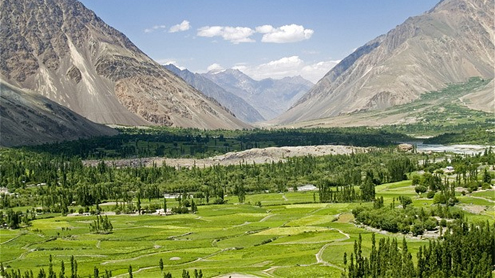 Are we wrong about Pakistan?

When Peter Oborne first arrived in Pakistan, he expected a ‘savage’ back water scarred by terrorism. Years later, he describes the Pakistan that is barely documented – and that he came to fall in love with.

It was my first evening in Pakistan. My hosts, a Lahore banker and his charming wife, wanted to show me the sights, so they took me to a restaurant on the roof of a town house in the Old City.My food was delicious, the conversation sparky – and from our vantage point we enjoyed a perfect view of the Badshahi Mosque, which was commissioned by the emperor Aurangzeb in 1671.It was my first inkling of a problem. I had been dispatched to write a report reflecting the common perception that Pakistan is one of the most backward and savage countries in the world.

This attitude has been hard-wired into Western reporting for years and is best summed up by the writing of the iconic journalist Christopher Hitchens. Shortly before he died last December, Hitchens wrote a piece in Vanity Fair that bordered on racism.Pakistan, he said, was “humourless, paranoid, insecure, eager to take offence and suffering from self-righteousness, self-pity and self-hatred”. In summary, asserted Hitchens, Pakistan was one of the “vilest and most dangerous regions on Earth”.

Since my first night in that Lahore restaurant I have travelled through most of Pakistan, got to know its cities, its remote rural regions and even parts of the lawless north. Of course there is some truth in Hitchens’s brash assertions. Since 2006 alone, more than 14,000 Pakistani civilians have been killed in terrorist attacks. The Pakistan political elite is corrupt, self-serving, hypocritical and cowardly – as Pakistanis themselves are well aware.

And a cruel intolerance is entering public discourse, as the appalling murder last year of minorities minister Shahbaz Bhatti after he spoke out for Christians so graphically proves. Parts of the country have become impassable except at risk of kidnap or attack.  Yet the reality is far more complex. Indeed, the Pakistan that is barely documented in the West – and that I have come to know and love – is a wonderful, warm and fabulously hospitable country. And every writer who (unlike Hitchens), has ventured out of the prism of received opinion and the suffocating five-star hotels, has ended up celebrating rather than denigrating Pakistan.

A paradox is at work. Pakistan regularly experiences unspeakable tragedy. The most recent suicide bombing, in a busy market in northwestern Pakistan, claimed 32 lives and came only a month after another bomb blast killed at least 35 people in the Khyber tribal district on January 10. But suffering can also release something inside the human spirit. During my extensive travels through this country, I have met people of truly amazing moral stature.

Take Seema Aziz, 59, whom I met at another Lahore dinner party, and who refuses to conform to the Western stereotype of the downtrodden Pakistani female. Like so many Pakistanis, she married young: her husband worked as a manager at an ICI chemical plant. When her three children reached school age, she found herself with lots of time on her hands. And then something struck her.It was the mid-Eighties, a time when Pakistan seemed captivated by Western fashion. All middle-class young people seemed to be playing pop music, drinking Pepsi and wearing jeans. So together with her family, Seema decided to set up a shop selling only locally manufactured fabrics and clothes.

The business, named Bareeze, did well. Then, in 1988, parts of Pakistan were struck by devastating floods, causing widespread damage and loss of life, including in the village where many of the fabrics sold by Bareeze were made. Seema set out to the flood damaged area to help. Upon arrival, she reached an unexpected conclusion. “We saw that the victims would be able to rebuild their homes quite easily but we noticed that there was no school. Without education, we believed that there would be no chance for the villagers, that they would have no future and no hope.”So Seema set about collecting donations to build a village school. This was the beginning of the Care Foundation, which today educates 155,000 underprivileged children a year in and around Lahore, within 225 schools.

I have visited some of these establishments and they have superb discipline and wonderful teaching – all of them are co-educational. The contrast with the schools provided by the government, with poorly-motivated teachers and lousy equipment, is stark. One mullah did take exception to the mixed education at one of the local schools, claiming it was contrary to Islamic law. Seema responded by announcing that she would close down the school. The following day, she found herself petitioned by hundreds of parents, pleading with her to keep it open. She complied. Already Care has provided opportunities for millions of girls and boys from poor backgrounds, who have reached adulthood as surgeons, teachers and business people.

I got the sense that her project, though already huge, was just in its infancy. Seema told me: “Our systems are now in place so that we can educate up to one million children a year.” With a population of over 170 million, even one million makes a relatively small difference in Pakistan. Nevertheless, the work of Care suggests how easy it would be to transform Pakistan from a relatively backward nation into a south-east Asian powerhouse.

Certainly, it is a country scarred by cynicism and corruption, where rich men do not hesitate to steal from the poor, and where natural events such as earthquakes and floods can bring about limitless human suffering. But the people show a resilience that is utterly humbling in the face of these disasters.

In the wake of the floods of 2009 I travelled deep into the Punjab to the village of Bhangar to gauge the extent of the tragedy. Just a few weeks earlier everything had been washed away by eight-feet deep waters. Walking into this ruined village I saw a well-built man, naked to the waist, stirring a gigantic pot. He told me that his name was Khalifa and that he was preparing a rice dinner for the hundred or more survivors of the floods.

The following morning I came across Khalifa, once again naked to the waist and sweating heavily. Pools of stagnant water lay around. This time he was hard at work with a shovel, hacking out a new path into the village to replace the one that had been washed away.A little later that morning I went to the cemetery to witness the burial of a baby girl who had died of a gastric complaint during the night. And there was Khalifa at work, this time as a grave digger.

Khalifa was a day labourer who was lucky to earn $2 (£1.26) a day at the best of times. To prejudiced Western commentators, he may have appeared a symbol of poverty, bigotry and oppression. In reality, like the courageous volunteers I met working at an ambulance centre in Karachi last year, a city notorious for its gangland violence, he represents the indomitable spirit of the Pakistani people, even when confronted with a scale of adversity that would overpower most people in the West.

As I’ve discovered, this endurance expresses itself in almost every part of life. Consider the Pakistan cricket team which was humiliated beyond endurance after the News of the World revelations about “spot-fixing” during the England tour of 2010. Yet, with the culprits punished, a new captain, Misbah-ul-Haq has engineered a revival. In January I flew to Dubai to witness his team humiliate England in a three-match series that marked a fairy-tale triumph.

Beyond that there is the sheer beauty of the country. Contrary to popular opinion, much of Pakistan is perfectly safe to visit so long as elementary precautions are taken, and, where necessary, a reliable local guide secured. I have made many friends here, and they live normal, fulfilled family lives. Indeed there is no reason at all why foreigners should not holiday in some of Pakistan’s amazing holiday locations, made all the better by the almost complete absence of Western tourists.

Take Gilgit-Baltistan in the north, where three of the world’s greatest mountain ranges – the Hindu Kush, the Himalayas and the Karakorams — meet. This area, easily accessible by plane from the Pakistani capital of Islamabad, is a paradise for climbers, hikers, fishermen and botanists. K2 – the world’s second-highest mountain – is in Gilgit, as are some of the largest glaciers outside the polar regions.

Go to Shandur, 12,000ft above sea level, which every year hosts a grand polo tournament between the Gilgit and Chitral polo teams in a windswept ground flanked by massive mountain ranges. Or travel south to Mohenjo-Daro and Harappa, cradle of the Indus Valley civilisation which generated the world’s first urban culture, parallel with Egypt and ancient Sumer, approximately 5,000 years ago.

Of course, some areas of Pakistan are dangerous. A profile of Karachi – Pakistan’s largest city and commercial capital – in Time magazine earlier this year revealed that more than 1,000 people died in 2011 in street battles fought between heavily armed supporters of the city’s main political parties. Karachi is plagued by armed robbery, kidnapping and murder and, in November last year, was ranked 216 out of 221 cities in a personal-safety survey carried out by the financial services firm Mercer.

But isn’t it time we acknowledged our own responsibility for some of this chaos? In recent years, the Nato occupation of Afghanistan has dragged Pakistan towards civil war. Consider this: suicide bombings were unknown in Pakistan before Osama bin Laden’s attack on the Twin Towers in September 2001. Immediately afterwards, President Bush rang President Musharraf and threatened to “bomb Pakistan into the stone age” if Musharraf refused to co-operate in the so-called War on Terror.

The Pakistani leader complied, but at a terrible cost. Effectively the United States president was asking him to condemn his country to civil war by authorising attacks on Pashtun tribes who were sympathetic to the Afghan Taliban. The consequences did not take long, with the first suicide strike just six weeks later, on October 28.Many write of how dangerous Pakistan has become. More remarkable, by far, is how safe it remains, thanks to the strength and good humour of its people. The image of the average Pakistani citizen as a religious fanatic or a terrorist is simply a libel, the result of ignorance and prejudice.

The prejudice against Pakistan dates back to before 9/11. It is summed up best by the England cricketer Ian Botham’s notorious comment that “Pakistan is the sort of place every man should send his mother-in-law to, for a month, all expenses paid”. Some years after Botham’s outburst, the Daily Mirror had the inspired idea of sending Botham’s mother-in-law Jan Waller to Pakistan – all expenses paid – to see what she made of the country.

Unlike her son-in-law, Mrs Waller had the evidence of her eyes before her: “The country and its people have absolutely blown me away,” said the 68-year-old grandmother.After a trip round Lahore’s old town she said: “I could not have imagined seeing some of the sights I have seen today. They were indefinable and left me feeling totally humbled and totally privileged.” She concluded: “All I would say is: ‘Mothers-in-law of the world, unite and go to Pakistan. Because you’ll love it’. Honestly!”Mrs Waller is telling the truth. And if you don’t believe me, please visit and find out for yourself. – Telegraph

Pakistan ladies to be housed at Barabati Stadium