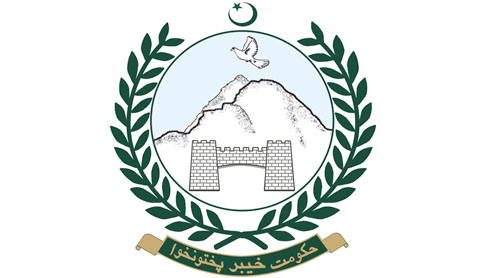 PESHAWAR: Declaring Tehrik-i-Minhajul Quran chief Allama Tahirul Qadri’s sit-in a ‘pre-planned drama’, the treasury and opposition benches in the Khyber Pakhtunkhwa Assembly on Tuesday urged the army to stay away from the ongoing political crisis.

The lawmakers demanded that the Supreme Court try Mr Qadri under Article 6 for trying to subvert the Constitution.They also criticised the Supreme Court for ordering the arrest of Prime Minister Raja Pervez Ashraf, saying the timing of the order was not perfect.Speaking on a point of order, provincial information minister Mian Iftikhar Hussain, who is also parliamentary leader of the ruling Awami National Party, said some forces were pulling the strings of Mr Qadri from behind the scenes to derail the current democratic system.“The army should play its due role and restrain itself from getting involved in this political situation,” he said, adding that the military’s role remained positive during the last five years as it supported democratic system.

The minister expressed reservations about the Supreme Court’s order for the arrest of the prime minister and said the timing of the order was not right as Mr Qadri and his supporters were claiming credit for it.He alleged that women and children were being used by Mr Qadri as human shield to fulfill unconstitutional demands.Without naming Pakistan Tehrik-i-Insaf chairman Imran Khan, he said a few months ago, a movement was launched from Lahore but it failed to succeed, and now another ‘ploy’ in the shape of Mr Qadri had been introduced.

He said both Mr Imran and Mr Qadri did not have a single member in parliament and the four provincial assemblies.Mian Iftikhar appreciated role of Pakistan Muslim League-Nawaz chief  Nawaz Sharif and other leaders for supporting the system and showing political maturity.Pakistan People’s Party parliamentary leader Abdul Akbar Khan said lines had been clearly drawn and political parties and civil society groups were committed to protecting the system, while undemocratic forces were behind Qadri that was a good omen for democracy.

Calling Mr Qadri a deranged man, he said the Tehrik-i-Minhajul Quran chief was trying to subvert the Constitution and overthrow an elected government and parliament.He said Mr Qadri himself did not fulfill the requirements of Articles 62 and 63 of the Constitution.“He is a traitor and the Supreme Court should take action against him under Article 6,” he said, adding Mr Qadri didn’t believe in Constitution.Pakistan Muslim League-Quaid MPA Qalandar Khan Lodhi criticised the federal and Punjab governments for allowing Mr Qadri to enter Islamabad. He said Mr Qadri was playing with the destiny of the country and life of thousands of children and women by staging a long march.

Mufti Kifayatullah of Muttahida Majlis-i-Amal feared confrontation among national institutions and said a crowd of 40,000 people could not decide the fate of 180 million people.He said election was the only way to steer the country out of crises and that the people’s mandate should be respected.The MMA member alleged that a drama had been staged by Mr Qadri in Islamabad to derail system but said democratic forces would not allow Mr Qadri and his followers to disrupt the system for which PPP chairwoman Benazir Bhutto and other political leaders and thousands of workers had sacrificed their lives.The House later passed ‘The Khyber Pakhtunkhwa Hotels and Restaurants (Amendment) Bill, 2013’ with certain amendments, ‘The Khyber Pakhtunkhwa Tourist Guides (Amendment) Bill’ and ‘The Khyber Pakhtunkhwa Hydel Development Organisation (Amendment) Bill, 2013’. – Dawn