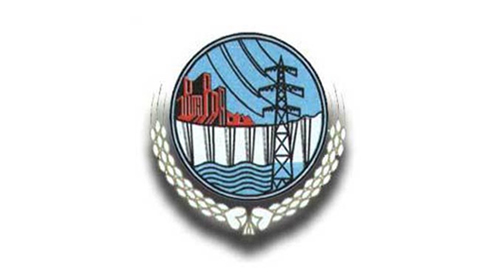 ISLAMABAD: With public and private consumers having defaulted on payment of Rs426 billion electricity bills, the government has decided to introduce pre-paid meters for government institutions, make at-source deductions from provincial revenues and determine fixed amounts to be paid to Wapda employees, instead of providing free electricity.

This was stated on Monday by power sector authorities at a meeting of the National Assembly’s Special Committee on Energy Crisis headed by Engineer Usman Khan Taraki on Monday.An additional secretary of the water and power ministry informed the committee that about 45 per cent of electricity generation was going down the drain because of theft, non-recovery of bills and system losses.

The parliamentarians were surprised to know that almost half of electricity generated was being wasted while the nation suffered loadshedding.The committee was informed that over Rs426bn electricity bills had not been paid by public and private sector consumers.The amount not paid by the federal government stood at Rs7bn, provincial governments at Rs93bn, Azad Kashmir Rs19bn and bill of billions of rupees not cleared by different ministries and private consumers.

Officials of the ministry said the government had decided to stop the system of providing unlimited free electricity to Wapda employees although their entitlements ranged between 400 and 2,000 units per month.An official said the facility of free electricity was being misused by Wapda staff throughout the country and in some cases employees had turned their facility into mini-distribution networks and were providing extensions to neighbours.

The committee was informed that free electricity facility would be monetised by giving them cash payments in salaries according to their entitlement of free units, for which consultations were being held with the Wapda union.MNA Bushra Gohar of ANP said the committee had directed power companies and the ministry to take action against industrial defaulters but it had not yet been informed about the outcome.

She said a factory run by the spouse of Foreign Minister Hina Rabbani Khar found to be in default and the agreement for recovery reached with the factory owners was a joke.The ministry official said the government had decided to replace the metering mechanism with pre-paid electricity meters for public sector consumers within three months.The committee was also informed that the office of federal adjuster which had been inactive for almost a year was being revitalised to make at-source adjustment of undisputed provincial arrears.

Shahid Khaqan Abbasi of PML-N said the government was totally non-serious about resolving the energy crisis and hence no progress had been made on any front in addressing electricity problems.He said the figures presented by the water and power ministry suggested that theft had increased over the past year.He said the heads and chief executives of all power sector institutions, including distribution companies, alternative energy development board, private power and infrastructure board and central power purchase agency were working on an ad hoc or current charge basis.

The special committee formed a sub-committee headed by Shahid Khaqan Abbasi to make specific recommendations for resolution of the power crisis, circular debt and non-recoveries and theft.A Wapda official said about 192,582 employees, including about 54,000 pensioners, consumed over 360 million units of electricity a year at an estimated cost of Rs3bn or 0.4 per cent of total billing.

Therefore, on the recommendation of the special committee, the government had decided to monetise power supply by paying cash equivalent to the cost of units.There was no explanation how cash payments would end misuse when the premises of Wapda employees remained unmetered or they themselves were responsible for meter reading.The Wapda chairman was entitled to 2,000 units of free power a month and members to 1,300 units. – Dawn