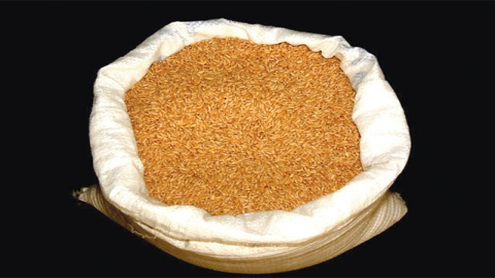 ISLAMABAD: Grain exporter Seatrade Group of Pakistan said it will start shipping 100,000 tons of wheat to Iran by the end of January or early February, one-tenth of the original tender agreed in August.

Iranian wheat imports are usually handled by the private sector but the Iranian government had to step in and help with purchasing this year because of the disruption to trade financing caused by Western sanctions aimed at Iran’s disputed nuclear programme.The grain is to come from stocks held by the Pakistan Agricultural Storage and Services Corporation (PASSCO).

“It seems the (Iranian) government doesn’t have the money” for the million ton shipment, said a director at the Seatrade Group.“The tender was initially for 1 million tons but the contract is only for 100,000. PASSCO said only 100,000 had been approved because of the financing factor.”“We were supposed to give wheat and take iron ore for Pakistan’s steel mills and fertilizer in return,” he said.“The other 900,000 tons wheat is still under discussion and might be done on the private market.”

The director said Pakistani millers had also been worried that the price of flour will go up, a politically sensitive issue in the country where 90 per cent of its population consume it. Prices have increased twice in the past two weeks.“The flour mills are worried that export at lower prices will result in them not getting sufficient wheat in January to March,” Muhammad Najib Balagamwalla, the Seatrade Group chairman, said in an email.The wheat was being sold to Iran at US$300 per tonne FOB, a low price, Balagamwalla noted. Wheat was being sold by private exporters to Sri Lanka and other areas at US$330 per tonne FOB. – Brecorder