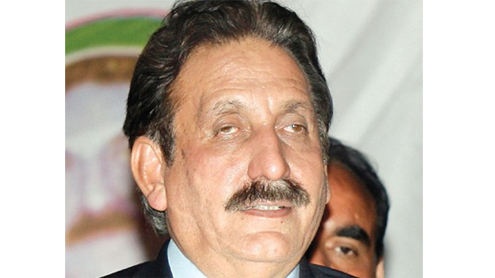 ISLAMABAD: The Supreme Court on Thursday, while hearing the case of media role in the aftermath of the Abbottabad operation that led to the killing of Osama bin Laden, held that no-one would be allowed to make mockery of the army and the judiciary, as both the institutions had protection under the Constitution.

A three-judge bench, headed by Chief Justice of Pakistan Iftikhar Muhammad Chaudhry, was hearing the petition filed by Advocate Sardar Ghazi in June 2011, nearly a month after the US Navy SEALs swooped on the compound of the al Qaeda chief in the garrison town of Abbottabad. In his plea, Ghazi had alleged that the media did play a role in discrediting the judiciary and the army.

During Thursday’s proceedings, the court was submitted a copy of President Asif Ali Zardari-authored article published in the Washington Post after the bin Laden operation, an Inter-Services Public Relations press statement of May 5, 2011 and former Pakistan ambassador to the US Hussain Haqqani’s statement to the OBL Commission by the petitioner’s counsel.

Raja Irshad also requested the court to proceed against two senior news analysts for defaming the army, saying that according to Article 19 of the Constitution, no-one could speak against the integrity of the judiciary and the army. Upon this, the court said to the counsel that “you do not know whose agenda you people have been trying to serve through this petition”. Justice Chaudhry remarked that if they started examining the articles, they didn’t know what the outcome could be. He, however, added that criticism of both the institutions should be within limits.

The chief justice observed that the court’s job was to protect the Constitution and that the state’s security affairs could not come under discussion before it in this manner. If Najam Sethi had spoken against the army, then why a defamation suit was brought against him, Justice Chaudhry questioned. The apex court, he added, had the ultimate authority to make decisions; therefore no-one should be mistaken. “The national institutions are strong and there should be no doubt about it,” he held. Justice Gulzar opined that probing the very issue would further aggravate it and eventually defame the institutions. Meanwhile, the case was adjourned for an indefinite period. – Nation