Dense fog, cold wave to persist during the week 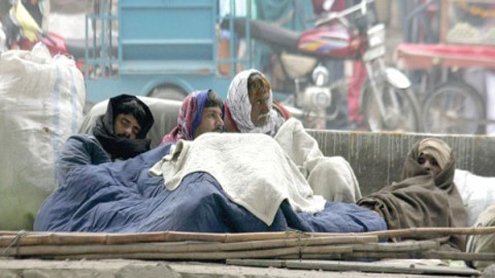 Dense fog, cold wave to persist during the week

ISLAMABAD: Dense fog and the cold wave which had gripped the country were likely to persist during the entire week, Chief Meteorologist Dr Ghulam Rasool said on Monday.

The lowest minimum temperatures recorded during the last 24 hours were, Skardu 14 Celsius, Astore -12 Celsius, Kalam and Parachinar 11 Celsius, Kalat and Quetta -10 Celsius, Sibbi -05 Celsius. Very cold and misty weather were being expected in most parts of Kashmir and Gilgit Baltistan during the next 24 hours. – PT