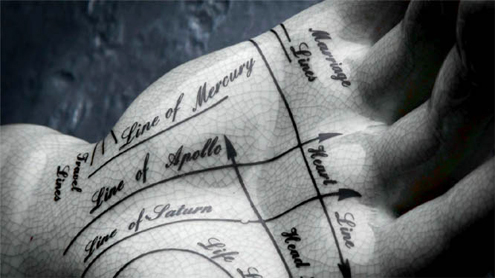 The New Year is looking ever more like a James Bond movie, with fake names, mobile fingerprints and predictive technology among the biggest trends divined by a noted market forecaster.

JWT’s 10 Trends for 2013 report is based on quantitative, qualitative and desk research, and is presented annually to multinationals as a shorthand guide to the coming business year.Smartphones, for example, are expected to become de facto fingerprints, increasingly acting as proxies for our identification, business cards, wallets, keys, medical monitors and more. To wit, 86 per cent of teens and 74 per cent of Millennials (19 to 34) liken accessing someone’s phone to reading their diary.

Predictive technology is also forecast to hit big in the years ahead, thanks to strides made in cost-efficient data analysis. Major retailers are already leveraging loyalty-card information to tailor coupons to individual shopping needs, while at least one major brand – Target – has used certain product purchases to determine whether a customer is pregnant.“Brands will increasingly be able to predict customers’ behaviour, needs and wants, bringing people offers and communications more precisely,” says Ann Mack, director of trendspotting. “It’s almost like serving me something before I even know I need it.”

A trend JWT dubs “Private in Public” is expected to play a growing role in 2013, too. If previous years saw us transition from radical online transparency to transparency-remorse, Mack believes the immediate future will strike a balance between the two extremes.For example, she says young party hosts will establish “dark rooms” in which no videos are photography are allowed – a strategy that allows uninhibited behaviour without fear of incriminating evidence.

“We’re entering a new stage where we don’t want to give up our vibrant lives online, yet we’re getting wise to how to game the system,” says Mack. “College students applying for jobs are using pseudonyms on Facebook, so would-be employers can’t readily find them… Or they’re crafting an ideal image: one of volunteering, taking in stray puppies and things of that sort.”Play is another catchword for 2013, with everything from adult recess to playgrounds for seniors expected to take hold.

Honda’s recent Leap List campaign for example, depicted Matthew Broderick playing hooky from work – a la Ferris Bueller, one of the actor’s best-known characters – in order to attend a carnival, run around a museum and go to the beach. Rather than focus on practicality, joie de vivre was the chief selling point. “People feel like they don’t have time for pursuits that don’t have an end-goal attached. But increasingly, consumers and businesses alike are realizing that they need to allow time and space for play,” says Mack. “It helps ignite imagination, creativity and innovation, all of which are competitive advantages.”

The trend is a useful counterweight to another trend JWT sees in the cards: the “super stress” era. (Excited yet?)“We’ve always encountered stressors, big and small. But these days, they seem to be mounting and multiplying,” says Mack, pointing to prolonged economic uncertainty, urbanization, hyper-competiveness and the paradox of choice.“More and more, stress is being recognized as a serious medical issue and cost burden. Therefore, in the year and years ahead, you’ll see governments, employers and brands look to reduce or prevent it.” – VS