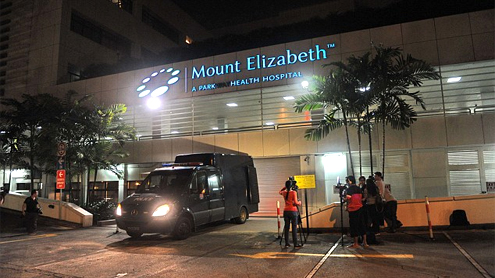 ISLAMABAD: Pakistan on Friday turned down an Indian request for signing the Fissile Material Cut-off Treaty (FMCT) during talks with its arch rival on nuclear confidence-building measures.

The proposed global pact, FMCT, seeks to stop production of nuclear bomb-making material and the demand from India that Pakistan support this treaty came during the “Seventh Round of Expert-Level Talks on Nuclear CBMs” between Islamabad and New Delhi held in the Indian capital on Friday.The US and other western nations have been blaming Pakistan for blocking the start of negotiations on a global halt to the production of fissile material for nuclear weapons. However, Pakistani authorities believe that the FMCT could not begin because it did not cover the existing stockpiles of bomb-making material.

Moreover, Pakistani officials are of the view that the civil nuclear deal between India and the US will allow New Delhi to have many new sources of fissile material to make bombs. Indian officials at the expert-level talks were of the view that Pakistan’s willingness to join negotiations on FMCT would help efforts aimed at global nuclear disarmament, diplomatic sources said. “However, Pakistani officials told their Indian counterparts that Pakistan would continue to adhere to its stance on the FMCT that this pact shall cover the existing stockpiles of bomb-making material as well,” a source said, seeking anonymity.

He said the two sides also discussed the possibility of expanding the scope of nuclear CBMs to include a pre-notification of cruise missile tests, but there was no progress in that sphere too and it was decided to continue with talks on the vital issue. A joint statement, meanwhile, issued by the Foreign Office said the expert-level talks were held in Pursuance to the Agreement between the foreign ministers of India and Pakistan during their meeting on September 8, 2012 in Islamabad. The Pakistani delegation at the talks was led by Ministry of Foreign Affairs Additional Secretary (UN & EC) Aizaz Ahmad Chaudhry, while the Indian delegation was led by Ministry of External Affairs Joint Secretary (Disarmament and International Security Affairs) DB Venkatesh Varma.

“The talks, which were held in a cordial and constructive atmosphere, focused on review of implementation and strengthening of existing CBMs in the framework of the Lahore MoU, as well as possibilities for mutually-acceptable additional CBMs,” it said. “Both sides reviewed working of existing agreements on pre-notification of flight tests of ballistic missiles and reducing the risk from accidents relating to nuclear weapons and expressed satisfaction that the latter was extended for another five-year period from February 2012,” the statement said. According to the statement, the two sides will report progress made in the talks to their respective foreign secretaries. – PT