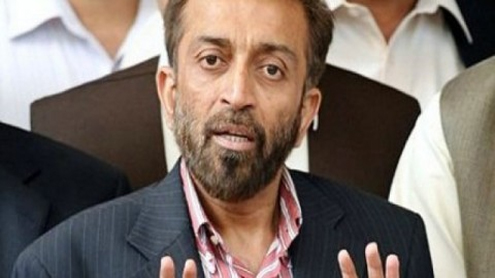 Speaking to media representatives at the Allama Iqbal International Airport in Lahore, the federal minister said that the commission’s secretary wanted to alter the MQM’s mandate in Karachi.Sattar demanded of the ECP to conduct an inquiry into what he called the bias on part of Khan and remove him from the position of the commission’s secretary.The minister moreover said that the ideologies of the MQM and of Dr Tahirul Qadri were similar, adding that, both wanted to abolish the “outdated feudal system”.

He said Qadri and the MQM may form an alliance in the future due to their shared opposition to the feudal system, however, it was still to be discussed as to how and on what points would the two sides come together.Sattar added that the MQM had filed a review petition over the issue of delimitation in Karachi, adding that, the party had requested the ECP to not go through with the delimitation until the court decided on the review plea.The leader further said that all stakeholders would be taken into confidence over the formation of a caretaker set-up. – PT