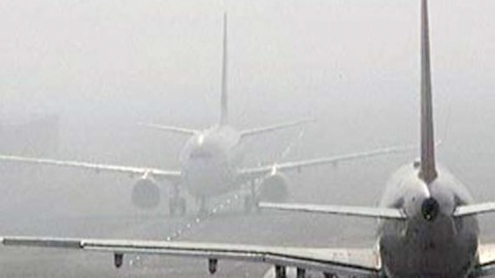 According to a private news channel, the dense fog had entirely brought the transportation system to a halt in the provincial metropolis. The flight schedules remained suspended for the second consecutive day due to the heavy fog. Pakistan International Airlines (PIA) has rescheduled all its flights until Friday (December 28) due to the fog across Punjab, a PIA official said.

Earlier, Allama Iqbal International Airport remained closed for all domestic and international flights during the last 48 hours, with all flights having been either cancelled or diverted to Karachi.Meanwhile, the Lahore-Multan GT Road had been completely closed down for vehicular traffic as the visibility level had fallen down to zero. Drivers within Lahore and on the motorway were advised by the traffic and Motorway Police to keep the headlights of their vehicles switched on even during the day, while people were also urged to use fog lights in the evening.

On the other hand, trains would also reach Lahore after a delay of 8-10 hours. In addition, minor accidents were reported from various parts of the city, but no major mishap had been recorded so far. The fog had kept descending upon the provincial metropolis early in the morning and had showed little signs of breaking force throughout the day. – PT