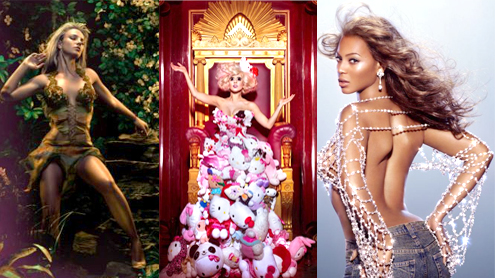 From Lady Gaga to Beyonce, Katie Holmes, and Dita Von Teese, photography duo Markus Klinko and Indrani have shot just about every celebrity you can think of.

And now, for the first time in their 17-year career, they have brought together more than 150 of their quirky and dreamlike photos to form a new tome titled Icons: The Celebrity Exposures of Markus and Indrani.Some of the standout images include a sizzling portrait of Beyonce from the cover of her solo album Dangerously in Love, singer Lady Gaga in a colourful soft-toy dress, and a smouldering Katie Holmes.Fern Mallis, the founder of New York Fashion Week, who wrote one of the forewords for the book, told the Huffington Post: ‘The transformation of the celebrities or models that they shoot is staggering.’Their styling and use of lighting creates an aura that tells you a great deal about their subject. Their pictures pull you in and make you keep looking at them.’ 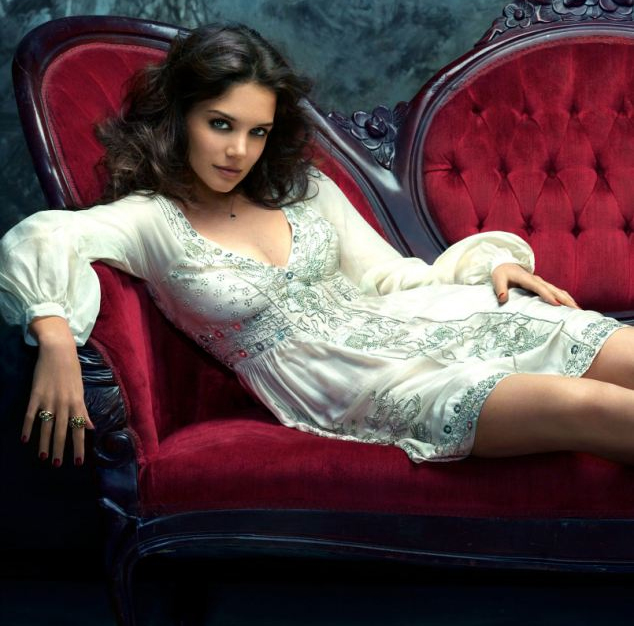 Before taking up photography, Indrani Pal-Chaudhuri, who grew up in India, spent her teenage years working as a model.In 1995, she met the Swiss classical harpist, Markus Klinko and they decided to turn their love of photography into a career.The late fashion mogul, Isabella Blow, was the first to discover their work and tasked them with creating a magazine cover for the Sunday Times.From there the commissions came pouring in, and over the years they have shot album covers for the likes of Beyoncé, Mariah Carey, and David Bowie, editorials for thousands of magazines and hundreds of high profile ad campaigns.

They were also the subject of a Bravo’s docu-series Double Exposure, which gave viewers an insight into the fast-paced world of high fashion and celebrity photography.Talking about the decision to launch a book Indrani, revealed to the Huffington Post: ‘After our TV show launched in over a hundred countries, we received an overwhelming number of requests from people wanting to buy our images from around the world.

‘Many are from young artists seeking inspiration whose imaginations are far more unlimited than their budgets.’So we decided to create a book that is priced to be accessible to all, and give some of the background behind the creative process of the images.’The new coffee table book features both interviews with the New York-based photographers and many of the stars they’ve shot.Photographs included in the publication will also be on display in an exhibition at the Lincoln Center in New York from December 12-16. – Dailymail