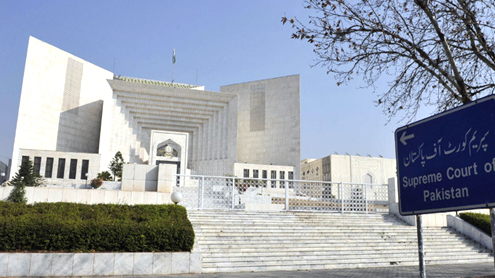 ISLAMABAD: The Supreme Court on Friday directed the president to issue notifications for the permanent appointment of Justice Shaukat Aziz Siddiqui and for the extension in the tenure of Justice Noorul Haq N. Qureshi, Media reported.

The petition had sought issuance of a notification about a six months’ extension for Justice Qureshi and the permanent appointment of Justice Siddiqui of the IHC. In his petition, Advocate Ahmed had argued that all constitutional formalities, as laid down in Article 175A of the Constitution, had been completed for extension in the term of office and for confirmation as judge of the IHC during the past one month.The court today ordered that Justice Siddiqui of the IHC be made permanent and directed the president to issue a notification for a six months’ extension in the tenure of Justice Qureshi, an additional judge at the IHC.

The two judges, Justice Siddiqui and Justice Qureshi, had earlier been nominated by the Judicial Commission (JC) and approved by the Parliamentary Committee (PC) under Article 175A inserted in the Constitution under the 18th and 19th Amendments. Their terms expired on Nov 20 after the President House returned the recommendations to the JC with an observation to reconsider the nominations because the commission which had finalised the names had not been constituted properly.The controversy was over the composition of the 11-member JC in which Justice Muhammad Anwar Khan Kasi sat in place of senior judge Justice Riaz Ahmed Khan who was in Saudi Arabia for Haj when the commission had met. – Dawn