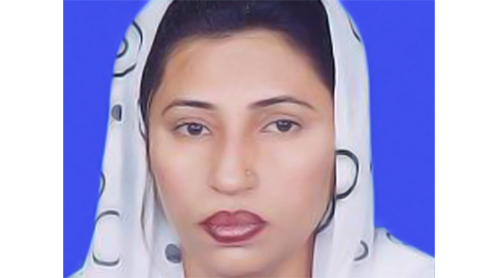 The parties who want to see the female lawmaker as Opposition Leader include Pagaro-led PML-F, Asfandyar Wali-led Awami National Party, and Ghulam Murtaza Jatoi-led National People’s Party. Besides, Shaheryar Maher of the PML-Q, has also supported nomination of Abbasi as Opposition Leader’s office.

Only lawmakers belonging to Arbab Group had not signed the Opposition parties’ submission, though they are also part of the combined Opposition in the Sindh Assembly. According to Jam Madad Ali, Arbab Group members have not signed the application because Pir Pagaro and Arbab Rahim have yet not discussed the matter formally. He hoped that they would also support the nomination after formal contact of both the leaders.

A delegation of the Opposition parties-led by PML-F leader, Jam Madad Ali, called on Speaker Nisar Ahmed Khuhro at his office and submitted nomination of Ms Abbasi as the Opposition Leader. The request submission contained signatures of 10 lawmakers of the nominating parties.

FBR to back MPs over ‘leaking of tax details’

FBR to back MPs over ‘leaking of tax details’