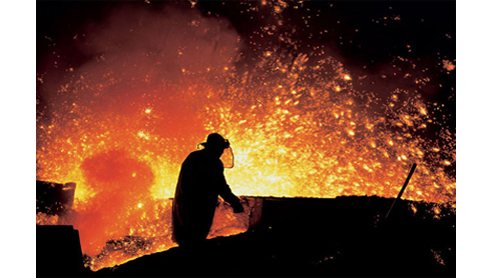 It will cater not only steel needs of the country but also export value-added products to other countries.The setting up of the mega project would entice foreign investors in the country.The mega project of over $350 million is mainly sponsored by Saudi Arabian-based Al Tuwairqi company (ISPC) and Posco of South Korea.These views were expressed by TSML Director Project Zaigham Adil Rizvi at a seminar held at a local hotel on Monday. He was flanked by chief guest Engineering Development Board CEO Qazi Abdadullah.

Posco-South Korean steel giant – has invested $16 million to keep the mega project going. Khawaja Usman of Shajarpak said, “If we can become atomic power why not a steel giant”.He said that currently Pakistan was depending on imports for the production of heavy mechanical structures and engineering goods but after producing high-quality steel at the TSML plant, Pakistan would be able to manufacture heavy equipment locally. – Brecorder