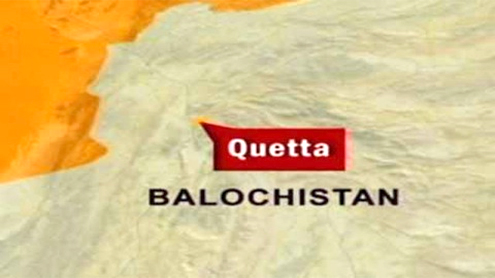 QUETTA: Three people, including a deputy director of Balochistan Public Relations Department and two policemen were gunned down and another was wounded in an incident of sectarian killing here on Monday morning.

According to police, Public Relations Deputy Director Khadim Hussain Noori, hailing from Shia community, was about to reach his office near Shahrah-e-Adalat when armed men on a motorbike sprayed a volley of bullets on his vehicle. As a result, he sustained multiple wounds and succumbed to injuries on his way to Civil Hospital Quetta.As a police party tried to chase them, the assailants opened indiscriminate fire, killing Assistant Sub Inspector Sangeen Khan and Constable Rajab Baloch instantly while another constable Akbar sustained serious wounds.

The assailants managed to flee after the terrorist act.According to the police, the murder of Khadim Hussain Noori was an incident of sectarian killing. “Investigation is being done keeping in view all aspects and the culprits will be brought to book soon,” the police said. Khadim Hussain Noori was director admin and accounts and one of senior officers of the Public Relation Department. The banned outfit, Lashkar-e-Jhangvi, has claimed responsibility for the killings.

Following the incident, a large number of people, including relatives of the slain officer gathered at Civil Hospital and took the deceased’s body to the IGP’s office where they staged a sit-in.The protesters condemned the brutal murder of Noori and demanded immediate arrest of the culprits. Due to the tense situation in the city, traders closed down their markets Balochistan Governor Zulfiqar Magsi and Chief Minister Aslam Raisani strongly condemned the target killing of Noori and the police officials, and ordered immediate arrest of the culprits.

Talking to reporters, Home Secretary Capt (retd) Akbar Durrani said some weaknesses in the intelligence network caused killing of a government official and two policemen.Paying homage to the policemen killed by the gunmen, he said they sacrificed their lives while chasing the terrorists. He added the police were determined to eliminate the anti-state elements.Meanwhile, Tahaffuz-e-Azadari Council has announced three-day mourning over the murder of Noori and protest against assassination of the council’s chairman, Rahim Jafari. – Nation