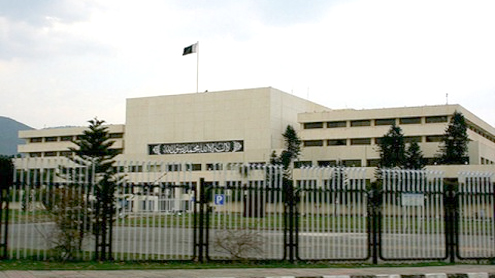 ISLAMABAD: Pakistan People’s Party-led coalition government is all set to table the 23rd Constitutional Amendment in the National Assembly today (Monday) to seek enhancement in the minorities seats in the Lower House of the Parliament from 10 to 14.

The sources said that government would not be facing any trouble in getting the bill passed from both the houses of the Parliament, as there would be no opposition to the proposed increase in the seats of minorities in the top legislative forum of the country.However, on ‘controversial’ pieces of legislation like dual nationality bill, it would be quite difficult for the ruling coalition to get it through from the Parliament, particularly the Lower House where the ruling coalition is short of two-third majority. – Nation