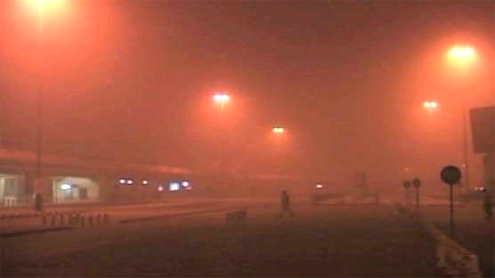 ISLAMABAD: M1-Motorway was closed for all kind of traffic from Peshawar to Islamabad due to dense fog on Sunday morning.

Islamabad-Peshawar Motorway has been closed as visibility was down to zero due to thick fog cover, officials said.According to Motorway police, the Burhan Interchange has been shut down and traffic has been diverted to GT Road.The Motorway police officials said that traffic in Salt Range is also hampered due to fog.Meanwhile, the weather has become colder as rain continues all across Pakistan and more snowfall on mountain reported in the past 24 hours. – PT