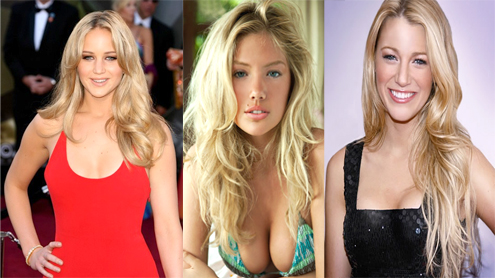 Jennifer Lawrence has rapidly become one of our favorite leading ladies in Hollywood, and it looks like the users at AskMen.com would agree.

The site’s released the results of its “Top 99 Most Desirable Women of 2013″ list, and the versatile 22-year-old actress leads the pack at No. 1.

Over 2.4 million votes from men around the globe were submitted for the survey, and users put Lawrence in the top spot right ahead of Esquire’s Sexiest Woman this year, Mila Kunis.

Model Kate Upton, who landed the Sports Illustrated Swimsuit cover earlier this year, is at No. 3, followed by Rihanna (No. 4) and Emma Stone (No. 5).

Lawrence starred in “The Hunger Games” movie as “Katniss”. She is currently starring with Bradley Cooper in “Silver Linings Playbook.” – Fox8