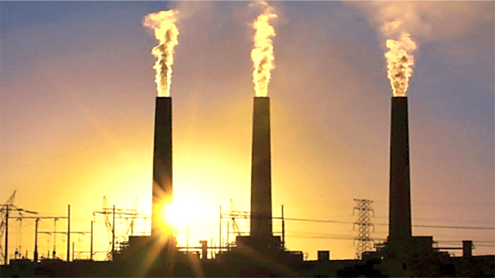 ISLAMABAD: As the Ministry of Water and Power plans to run all thermal power plants at full capacity in the face of a decline in hydropower production, it has sent a summary to the Economic Coordination Committee, seeking approval of a new gas allocation policy that will give priority to power companies.

ECC is expected to take up the issue in its meeting to be held today (Tuesday).In the new policy, power plants stand second on the priority ladder, after household consumers, whether they have gas supply agreements or not with gas distributors.Owing to shortage of gas, four most-efficient power plants including Saif, Halmore and Orient, having combined capacity of more than 800 megawatts, were running on diesel for four hours a day, generating power at a sharply high cost at Rs19 per unit instead of Rs4.55 per unit based on gas.

Though the water and power ministry is giving priority to power plants in gas supply, the petroleum ministry is pressing its case in an attempt to ensure supplies to fertiliser companies from dedicated fields. The power ministry fiercely opposes the allocation of gas to the fertiliser industry from the fields and terms it a violation of the prime minister’s directive about giving priority to power companies.

“The prime minister has decided in the new gas allocation policy that the power sector will be given second priority (after residences), therefore, diverting gas away from power plants is against the policy,” remarked a power ministry official.Every winter, the Indus River System Authority (Irsa) curtails water releases from the reservoirs including Mangla and Tarbela from December 20 to January 31 because of annual closure of canals for cleaning. This causes a decline in hydropower generation from the normal level of 6,500MW to 1,500MW.

In winter, gas companies also cut supplies to those power producers, which have nine-month gas supply agreements, affecting electricity production.“The water and power ministry needs gas to run thermal power plants at full capacity,” the ministry official said, adding if the government did not provide gas, the plants would be forced to run either on diesel or furnace oil – both are far more expensive than gas.

The government also has to bear a huge subsidy burden of Rs3.50 per unit because of expensive power generated from furnace oil.Earlier, the government had formulated gas allocation policy in 2005, but it was not followed, resulting in an energy crisis in the country. “The same episode is being repeated this time too,” the official said.He pointed out that captive power plants of industries, running at 20% to 25% efficiency rates, were consuming excessive gas. “These plants are getting gas, but power plants are not.” – Tribune