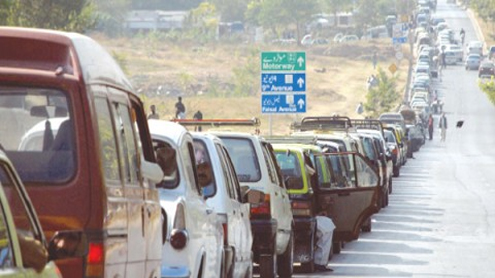 ISLAMABAD: The Supreme Court on Thursday directed authorities to maintain the prices of compressed natural gas (CNG) until December 17 and cancel licences of CNG station owners who had refused to get audited.

A two-judge bench of Justice Jawad S Khawaja and Justice Khilji Arif Hussain passed the order while hearing the case pertaining to CNG prices.Justice Jawwad S Khwaja directed OGRA to take action against all CNG stations who did not maintain their accounts, adding that it was the responsibility of OGRA to safeguard the rights of the consumers.

He said the court knew the actual operating costs of the CNG station owners and that the owners had earned Rs 31 per kg in profit for four years in the name of operating costs.He said deciding on prices was OGRA’s job and if the authority did not work properly, the court would intervene.Earlier, a report submitted by the Federal Board of Revenue (FBR) stated that CNG station owners had paid Rs 4.08 billion in taxes during the past three years.

The report added that Rs 1.008 billion was paid in year 2009, Rs 1.42 billion in 2010 and Rs 1.0065 billion was paid in 2011.The Supreme Court had sought the details of CNG stations’ tariff accounts.The Oil and Gas Regulatory Authority (OGRA) said in a report that 6,471 applications were received by OGRA for the issuance of CNG station licences between year 2002 and 2011, of which 6,152 applicants were issued licences, while 380 show-cause notices and 131 warning notices were issued during the period. CNG station owners were fined Rs 10.7 million in three years, the report added. OGRA said around 1,273 pumps were inspected during the last three years.

It further stated that per 1992 CNG rules, it was not necessary to submit audit accounts and income tax returns, adding that it was also not mandatory to issue licences. However, the authority added, five pumps had submitted their audit accounts.The proceedings were later adjourned until December 17. Talking to reporters outside the court, CNG Association Chairman Ghayyas Paracha said OGRA was trying to put the association in a tussle. He said the CNG station owners bought CNG from the government on a higher rate, but were being pressed to sell on cheaper rates. He said the OGRA representatives also answered the court’s four questions asked in the previous hearing. – PT