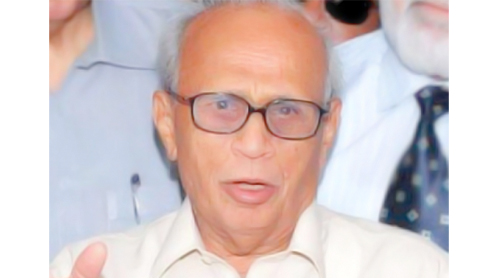 ISLAMABAD: It’s official: The Supreme Court has ordered it, and the election commission has accepted the task, which could be the biggest challenge before election day next year.

The gargantuan task of door-to-door voter verification will take place in the country’s largest city, Karachi.To the satisfaction of almost every political party, except the Muttahida Qaumi Movement (MQM), the Supreme Court asked the Election Commission of Pakistan (ECP) on Wednesday to carry out door-to-door voter verification in Karachi – with beefed up security to boot.The army and Frontier Corps (FC) have been asked to step in and do the job, which, according to the apex court’s short order, the police in the violence-stricken city is ill equipped to do.

“…In view of the peculiar security situation in Karachi highlighted hereinabove such verification must be carried out by the Election Commission with the help and assistance of Pakistan Army and the FC,” said the judgment, authored by Justice Sheikh Azmat Saeed in response to concerns raised by political parties.The Sindh police chief’s statement was also made a part of the judgment – he had stated during the hearing that “30% to 40% of the Principal Law Enforcing Agency has been politicised,” and also noted that “political parties, barring a few, have militant groups; life and property of the citizen is not protected.”

The judgment added that, in accordance with Article 219 of the Constitution, read with the Electoral Rolls Act, 1974, “The Election Commission of Pakistan is directed to carry out proper and complete door-to-door verification in Karachi so as to ensure that no voter is disenfranchised or dislocated and all other discrepancies are rectified as early as possible.”The Pakistan Peoples Party (PPP), Pakistan Tehreek-e-Insaf (PTI) and Jamaat-e-Islami (JI) had moved the court seeking verification of voter lists, while, significantly, the MQM had raised objections to the move.

Petitioners had alleged that approximately 50% of the voters in Karachi had their vote shifted to other parts of the country to their permanent addresses; and, in their place, names of unverified voters had been inserted.In order to prove their concerns, the court was informed of 663 voters who were registered under a single address in Karachi – a house allegedly constructed on 120 square yards.Represented by Dr Farogh Naseem, the MQM had contended that electoral lists in Karachi had been completed, and, until the elections are announced, they should be varied and altered at the behest of individual voters only, and not on the request of any political party. The MQM contended that there were no just grounds for a fresh revision of electoral rolls.

Meanwhile, Chief Election Commissioner (CEC) Justice (retd) Fakharuddin G Ebrahim expressed readiness to undertake the gargantuan task of carrying out door-to-door verification in the country’s largest city in time for the general elections.“We welcome every step which can be of any help for holding transparent elections in the country,” the CEC said, while underlining the need for ensuring voter lists in Karachi were genuine.Addressing the media after the judgment, he said that the commission will take a decision in this regard in an upcoming meeting scheduled for December 7 (Friday).

The commission will also discuss Tuesday’s by-elections in Punjab and Sindh, the issue of dual nationality holders, the delimitation of Karachi’s constituencies and the electoral rolls.Earlier in the day, the commission took ‘serious notice’ of incessant firing by winning candidates and their supporters after the by-polls. In this regard, an FIR has been registered against people involved in such incidents in Sialkot and three accused have been arrested. Weapons have also been recovered from them. The commission also sent letters to various television channels asking them to provide footage of the firing incidents. – Tribune