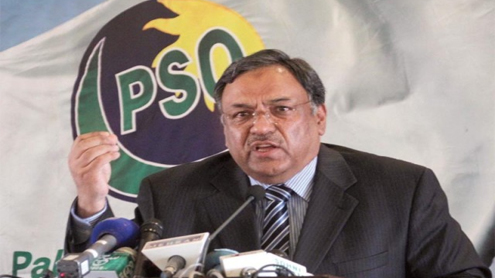 ISLAMABAD: Pakistan State Oil (PSO) Managing Director Naeem Yahya Mir here on Tuesday unveiled a six-year development plan for making PSO a member of top 100 companies of the world with the establishment of an oil refinery in Khyber Pakhtunkhwa (KP) as a major step.

Within the next two years it would be converted into a top company of the country, by the next four years a leading regional company and by end of the sixth year PSO will be transformed into a leading global player in the oil industry of the world.In this regard, PSO will strengthen its capabilities in the areas of production, shipping, refining, blending, and distribution and marketing.

It is to establish 100 liquefied petroleum gas (LPG) auto gas stations in the country within a year, besides initiating construction of a modern crude oil refinery in KP, which would be completed within four years, the PSO MD said this while addressing a press conference.

He said that the national fuel supplying company has signed a contract with Pakistan National Shipping Corporation (PNSC) for importing furnace oil from foreign ports so that valuable foreign exchange being spent on making payments to the foreign shipping companies could be saved.

Highlighting PSO’s future plans and strategy, Mir said that PSO in principle has decided to establish an oil refinery in KP and in this regard the company has requested the provincial government for allocation of land. He dispelled the notion that the PSO has violated any rules and regulations while signing a contract with Bakri Trading Company Pakistan (Pvt) Ltd (BTCPL).

He further stated that as part of PSO’s vision, he and his team are aiming to make the national giant an integrated energy company by incorporating all aspects of the product supply chain including exploration, refining, distribution and shipping.Through this, the company will minimise dependence on foreign supply chains and follow the model of successful companies, which have integrated multiple supply chain aspects within themselves.

Mir said that PSO can only achieve this dream by connecting with upstream partners, introducing innovative ideas to beat the competition downstream and establishing control of its own product supply chain. Furthermore, the MD outlined PSO’s goals of establishing PSO as the leading company in Pakistan within a period of two years, a regional player in four years and a member of the ranks of global oil conglomerates such as Petrochina, Petronas-Malaysia and Petrobras-Brazil etc within the next six years.

On the occasion he outlined some of the new initiatives PSO has undertaken under his leadership including signing a Contract of Affreightment (CoA) with PNSC for importing furnace oil from foreign ports, development of a new oil tanker mooring point and storage facility at Hub, which will increase national storage capacity and reduce congestion at the existing jetties, establishment of over 100 LPG auto gas stations in the upcoming year and agreements with PARCO, BYCO and Bakri Trading for the acquisition of POL products.

Other major projects listed at the conference included establishment of a modern EURO IV capacity refinery in KP, acquisition of a refinery in the south of the country and setting up a Base-II lubricant refinery. PSO also plans to establish a regional joint venture aviation company in the Middle East and is looking to expand into the coal business in partnership with other companies.

Furthermore, the MD stated that the PSO has started a plan to eliminate the role of the middle-men and cost rationalisation. He stated that by eliminating the addition of detergent additives in mogas and diesel, the company would save approximately Rs 635 million per year, savings of Rs 450 million each year were also expected through the stoppage of war premium insurance payments on POL product imports.Additionally by uplifting products from local sources and refineries, foreign exchange of approximately $200 million would be saved annually and a further Rs 500 million will be saved by engaging the national flag carrier PNSC for transport of furnace oil.