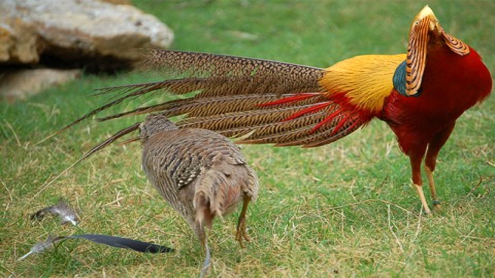 The Autumn Festival included colourful variety of autumn flowers, fancy birds, animals and food carnival. The aim of the festival is to attract people from all walks of life and promote rich healthy environment of the twin cities.More than 100 varieties of chrysanthemum were put on display to promote horticulture and provide healthy environment to the residents of Rawalpindi/Islamabad. Chairman Pakistan Science Foundation (PSF), Dr Manzoor Hussain, inaugurated the festival. PMAS-AAUR Vice Chancellor (VC) Dr Muhammad Azam Malik, other faculty members and a large number of students of the varsity were also present on the occasion.

Dr Manzoor Hussain, while addressing, said that lush green gardens and lawns blended with flowers not only add to beauty of the environment but also have a positive impact on the moods of the residents. He said that such activities also made the minds of students healthy and fresh. He appreciated the efforts of PMAS-AAUR for organising such a wonderful event to increase awareness among the people regarding the significance of plants and flowers. PMAS-AAUR VC Dr Muhammad Azam Malik, in his address, said that Pakistan had a very fertile land, which was suitable for producing plants and flowers but little attention had been paid to this sector so far.

He also appreciated the efforts of organisers for organising such a wonderful event. Later, the chairman PSF along with others had a round of festival and saw the floral arrangements of different organisations participating in the three-day event. On the other hand, flower arrangement and cut flower categories caught the attention of the visitors soon after the start of the show that proved to be an attractive event for people from all age groups and walks of life.

Around 40 participants took part in the flower arrangement and 25 in the cut flower categories from different colleges, schools and institutes, and also on individual level. Artistic arrangements were displayed in a beautiful manner under this section. Similarly, the fancy bird show also got the attention of a large number of visitors, including families and children, came to watch the more than 150 species of fancy birds that were put on display at the fancy bird show.

While talking to TheNation, Zainab Bukhari, a student of the varsity, said that she and her friends were feeling glad to be here in the fancy bird show. She said that besides fancy bird show, the autumn flower show also pleased them. “It is a healthy activity and me and my friends are pleased to see hundreds of shades of chrysanthemum,” said Zainab, adding that the bamboo decor and neatly laid rows have made the show an outstanding event. Fareeha Batool, a former student of MA Education, said that though she had conducted her final exams yet she came here again to see the Autumn Festival.

“The most I like is different kinds of cocks and hen have been put on display in the bird show” she in a jolly mode. Such activities polished the skills of the students, she added.A panel of specialist judges has been invited to observe the performance and give results in all categories of the show that are open to the general public., while a prize distribution ceremony is also scheduled to encourage the participants, informed varsity spokesman Musa Kalim. – Nation