YouTube to be unblocked as scanning software imported: Malik 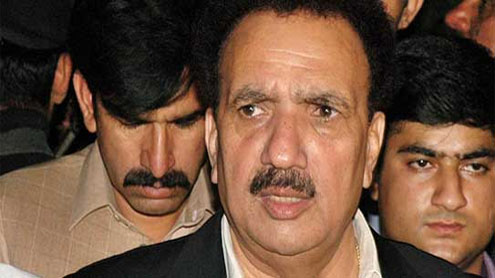 ISLAMABAD: Minister for Interior Rehman Malik Tuesday assured Senate that the video sharing website YouTube would be unblocked once the ministry concerned imports the software to scan and block the sacrilegious videos on the website.

“Secretary Information Technology has been directed to import software to help remove all derogatory material from the website.This would be done within two to three weeks,” the interior minister said responding to a point of order raised by Senator Karim Khwaja.He said earlier the nation was united to demand a ban on YouTube despite the fact that the government had blocked around 467 sites containing derogatory clips.

However, he said now it is being demanded that the website should be unblocked and added that it cannot be restored till all objectionable material is removed from it.”Let the software be imported then it will automatically be unblocked,” he added.Karim Khawaja said the professionals including doctors, engineers and lawyers have been demanding restoration of the video sharing website they benefit from it. – Brecorder