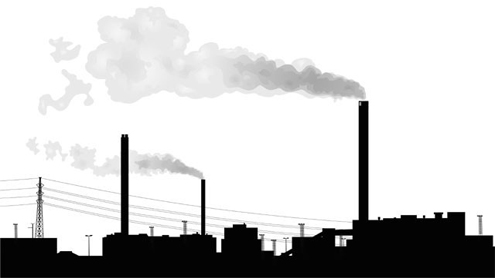 LAHORE:  The divisional administration will seal 320 of the 1,001 most hazardous industrial units in the first phase of a crackdown scheduled to be launched soon after Muharram 10 (Nov 25).

The decision to crack down on illegally-run factories in urban areas has been taken after the owners of such units failed to ensure provision of instruments/equipment mandatory for workers’ safety and health.“As it is high time an appropriate action was taken against the wrongdoers, a decision has been made to seal 320 dangerous factories in the first phase. The owners of these units have failed to ensure provision of health and safety gadgets to workers despite several notices issued by the departments concerned,” Commissioner Jawad Rafique Malik told Media.

There would be no compromise on sealing of these units after Nov 25, he said, adding the remaining 689 factories would be sealed during the second phase in case their owners couldn’t follow the instructions being issued to them in the form of notices soon after Nov 25.“Through notices we will give a timeframe of 15 days to these factory owners. And if they start keeping such instruments/equipment at their units, we will take no action for a certain time period till the final announcement of shifting the entire factories outside city areas,” Mr Malik said.

He said though the CDGL, labour and industries departments had separately conducted surveys from time to time about operation of over 7,800 factories in city areas, mainly on Multan and Bund roads, near Saggian Bridge and on GT Road, no serious effort had been made to ensure provision of health and safety measures or shift them outside the city.The commissioner said the chief minister had already approved a summary seeking allocation of a big chunk of land near the Sundar Industrial Estate to shift such factories. He said he had also asked the authorities concerned to not ignore this issue and act without discrimination.

MEETING: While presiding over a meeting held here at his office, the commissioner directed the officials to also create awareness among the workers and the public at large about such dangerous factories through mass media, says a handout.The commissioner, while replying to an LCCI member query, said he and his team members would take the Chamber administration into confidence before launching the crackdown.“As we are taking you people on board, you are also required to make the owners bound for having such safety equipment at their workplaces under the law,” the handout quoted the commissioner as requesting to the LCCI member. – Dawn

First overseas policy to be announced on November 30: Sattar

First overseas policy to be announced on November 30: Sattar