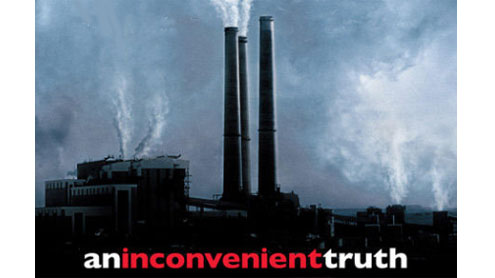 The environment is arguably the most important thing that is drastically transforming. This global warming, as we know it, is being caused by the burning of fossil fuels — emitting CO2 and other greenhouse gasses into the atmosphere. These fuels are burned in cars, in our homes and first and foremost in power generating stations. One of the primary fuels burned in power stations is coal and lets get one thing straight from the start: burning coal is not clean.

As a part of this rapidly transforming world, power companies are also changing. Despite the fact that most of the power generated in the world is generated using fossil fuels (as opposed to clean alternatives like wind, solar and nuclear) and is responsible for global warming, these companies have shown little or no willingness to stop burning these dangerous elements. Instead, these companies have decided to use marketing and technology to circumvent the problems they are causing and the biggest marketing ploy of them all is “clean coal”.

Coal itself is a fossilised form of the element carbon, which is formed from organic materials compressed over millions of years underneath millions of tons of earth. The coal is extracted in deep mines spread across the world. Coal mining itself is a dangerous business, not only are miners exposed to low-oxygen, carbon-rich environments for hours a day but there is the ever-present danger of mine collapses, explosions and machinery failures. However, the most dangerous part of the lifecycle of coal is when it is burned.

When burning coal, it is impossible to avoid the emission of CO2 as it is the main byproduct of combustion of organic materials. When a company claims they are producing power with ‘clean coal’ what they really mean is something entirely different. The coal itself is not cleaner, nor is the process of burning it; what is different is what they do with the byproducts after the coal has been burned.

In the past, the smoke from burning coal was simply vented into the atmosphere out of enormous smoke stacks, which allowed the smoke to cool and be released higher up to avoid it causing contamination on the ground. Little did they know back then that this was actually letting the CO2 and other dangerous greenhouse gasses get a tiny head start on clogging our atmosphere.

Today, modern technology allows us to even the scales slightly. Using advanced filters, coal power plants can actually capture most of the carbon dioxide and greenhouse gasses, preventing them from being released. This process, while beneficial has many drawbacks, chief among which is that scientists have not fully figured out what to do with the carbon dioxide once they have captured it. Some systems bury the CO2 underground (which means it will be released later) and other systems use chemical processes to convert the dangerous chemicals into more inert ones. None of the systems are cheap — eliminating coal’s main benefit — and none of the systems are 100 per cent efficient.

So, what does this all mean? Coal cannot be burned cleanly — despite what any politician or company head says — though you can capture the byproducts and attempt to prevent them from being released into the atmosphere. These processes, however, are a waste of money. Coal companies spend millions of dollars a year on research to make their pollutant product safer and millions more to promote this technology to the public.

Why not instead spend that money on clean and renewable energy development? Even if you make the burning of coal have no environmental impact, it is still a non-renewable energy source and we need to focus on the future when there will be no more carbon to burn. If every research and marketing penny spent on ‘clean coal’ were spent on transitioning away from coal and towards truly clean energy sources like wind, solar, geothermal and nuclear, its safe to say we’d have a much greener world. – Khaleejnews