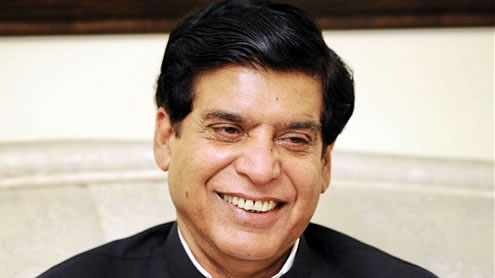 Prime Minister Raja Pervez Ashraf has reiterated that Pakistan is determined to tackle the challenge of terrorism‚ extremism and militancy confronting it.

Addressing the inaugural ceremony of Defence Exhibition IDEAS-2012 in Karachi on Wednesday, he said Pakistan condemns terrorism in all of its manifestations. He said the government will not allow the militants to impose their agenda. The prime minister said the world economic centres are shifting to Asia. However‚ peace is vital for regional development and prosperity. He said that Pakistan believes in tolerance. Referring to Pakistan’s relations with other countries‚ Prime Minister Pervez Ashraf said We have strong and time tested bilateral relations and we are also strengthening cooperation with Malaysia‚ Indonesia‚ and Turkey.

He said Pakistan and Russia are taking keen interest in developing relations. He said Pak-Iran gas pipeline will boost relations between the two countries. He said Pakistan and India are moving in a right direction through dialogue. Pakistan fully favors peace efforts in Afghanistan. Minister for Defence Production Sardar Bahadur Khan presented a souvenir of the IDEAS 2012 to the prime minister on the occasion. – Onlinenews