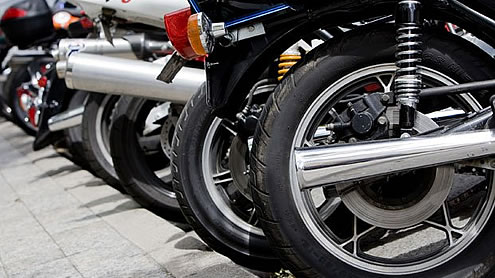 KARACHI: Sindh Minister for Excise and Taxation Mukesh Kumar Chawla on Monday said that around 2.3 million motorcycles were registered in the province and more than 1.3 million in Karachi.

Till June 30, 2012 nearly half million commercial vehicles were registered, whereas, he said, the number of private cars and other vehicles is over 1.1 million. The minister was talking to media here at his camp office, said an official statement here. He said that the registration of motorcycles would be done through interlink system as this would stop registration of any stolen or smuggled motorbike anywhere in the province.

Now, he said, owner of a motorbike or car can get the documents verified in the district for sale or purchase purpose. He said that now life-time tax was being charged the motorcycle being registered. This amount of tax would be Rupees one thousand and Rs 300 would be charged for issuing number plate at the registration time of a motorcycle. Till date, he said, more than 76,000 number plates were issued. The colour of number plate of a motorcycle is grey and script is in blue colour. The minister said that it was legal binding on the owner that a vehicle must be registered within 60 days after the transaction to escape a heavy fine. Chawla said the present government had launched many programmes for the welfare of the people and the people had started getting their fruit.- dailytimes