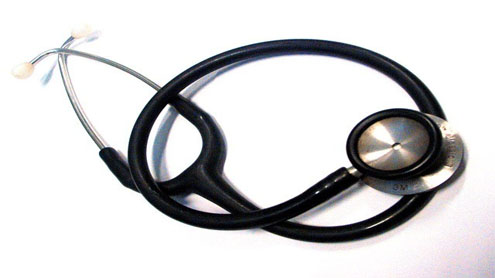 PESHAWAR: Unavailability of basic science teachers has turned out to be a major obstacle to the execution of the health department’s plan to set up three medical colleges in the province within two years, say the relevant officials.

“We have planned establishment of medical colleges in Swabi, Charsadda and Mansehra districts by 2014 but lack of teachers of physiology, pathology, anatomy, forensic medicines, biochemistry and pharmacology is a major hurdle to it,” an official told Media on Thursday.“We have forwarded suggestions to the relevant quarters for production of human resources to execute the plan,” he added.Another official, however, said the suggestions would take years for implementation even after the government accepted them.

According to officials, the province currently has 18 medical colleges, nine each in public and private sector, with 1,000 students enrolling there every year.They said demand for doctors had increased forcing the health department to plan establishment of medical colleges in each of the 25 districts by 2024.Officials said at the lesser cost, the government could set up small medical college to improve patient care at DHQ level.

“The entire desired infrastructure for immediate establishment of three colleges is available but the only area where we lack human resources is basic sciences,” an official said.Charsadda has a district headquarters hospital, which serves as a teaching facility for a private medical college in Peshawar. It has the desired staff for clinical faculty, which is enough for a teaching clinical faculty, according to officials.

Last year, Khan Abdul Wali Khan University Mardan offered to establish a medical college in one of its buildings lying vacant.However, the college couldn’t be established due to lack of human resources.Officials said Swabi also had a DHQ with required specialties and that could be used as teaching facility for a local medical college.As for Mansehra, they said the district had a teaching hospital and clinical staff but the main obstacle to the establishment of a medical college there was shortage of basic sciences teachers.

According to officials, four-member faculty each for basic science subjects is required for a 100-student new medical college for recognition by Pakistan Medical and Dental Council.These subjects are thought to medical students in first, second, third and fourth year before they took up clinical course.Officials said from time to time, the health department had been offering incentives to specialists in these branches of medical sciences to attract MBBS doctors towards post-graduation in these subjects and fill the gap.

They said the government had been advised not to take the risk of setting up medical colleges without planning for production of science teachers.Officials said science teachers would be given leading role in the affiliated teaching hospitals under the plan.“The pharmacology department of the Khyber Medical College will handle the pharmacy-related matters of the Khyber Teaching Hospital, for example,” an official said.He also said teachers in pathology, biochemistry and others would be given proper role for the benefits of the patients at KTH.

“Additionally, chances of rapid promotion for science teachers have been proposed to fill the increasing gap,” he said. Officials said unlike clinical specialists in hospitals who enjoy public respect and private practices, those associated with teaching science subjects receive only salaries due to which doctors hesitate to take any of the subjects for post-graduation.They said by giving them role in hospitals, doctors teaching basic sciences would come into spotlight and people would begin coming for specialisation in basic sciences. – Dawn