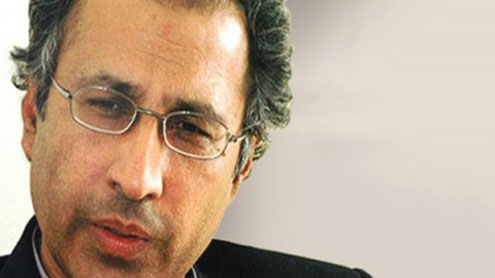 ISLAMABAD: Minister for Finance, Dr. Abdul Hafeez Sheikh will head the existing Energy Committee and hold its meeting at least once every fortnight to ensure optimal power generation during the coming winters.

The decision was taken at a high-level meeting held under the chairmanship of Prime Minister Raja Pervez Ashraf at the Prime Minister’s House on Wednesday to review the current power situation in the country.The Secretaries’ Committee will comprise Secretary Water and Power, Secretary Petroleum and Natural Resources and Secretary Finance. The meeting discussed at length various aspects related to the power situation including recoveries, line losses, electricity and oil theft.

In this connection, he directed the Ministry of Petroleum and Natural Resources to coordinate with Ministries of Finance and Water and Power and work out a fuel supply plan for the next five months.The meeting was also informed that hydel and solar energy plants having generation capacity of 500 to 600 Mega Watt would be added to the national grid by March 2013 which would further improve the current power situation. The Prime Minister appreciated the progress made by the Ministries of Water and Power, Petroleum and Natural Resources and Finance in improving power situation in the country and expressed the confidence that all out efforts will be made to sustain this momentum. – PT