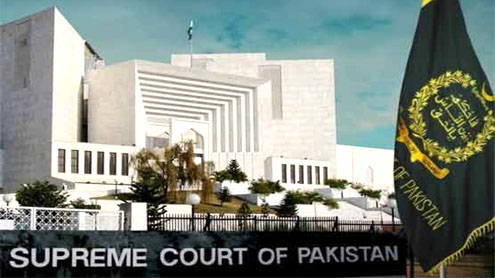 A five-member larger bench of the SC, headed by Justice Anwar Zaheer Jamali, will hear the case.

During Tuesday proceeding, Advocate General Sindh Abdul Fattah Malik submitted the provincial government’s report regarding the implementation of the decision.Mr Malik stated that at least 1900 people were killed in the incidents of target killings across the city this year.The Advocate General Sindh told the court that criminals are flooding into Karachi from all over Pakistan.

The court inquired about the lack of legislation regarding licensed weapons, to which the advocate general replied that it was impossible to pass legislation in Sindh since it had not been passed in the rest of Pakistan. Justice Osmani remarked that if Inspector General Sindh travelled in Karachi without his security protocol. If the officers required protection squads, then so did the citizens.

The court also inquired the raising of the 50-foot barricades outside Bilawal House, adding that the barriers had not been in constrained by the ordinance for 13 months.The court was told that more than 90 policemen had lost their lives between Junuary and October 2012.The bench ordered concerned authorities to submit a report on pending cases pertaining to the incidents of target killings by Wednesday. – Dunyanews