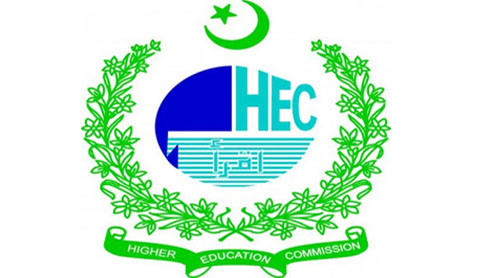 According to the detail, MS leading to PhD and PhD level scholarship have been awarded in three categories: overseas scholarships, split and indigenous scholarships. The awarded scholarships would cover various disciplines i.e. economics, mathematics, computer Science, management science, botany and zoology etc.Addressing special scholarship award ceremony, Vice Chancellor of SBKWU, Sultana Baloch congratulated the scholarship awardees and lauded the efforts of HEC for undertaking a number of initiatives to increase access to higher education in Balochistan province. She was of the view that faculty development program has been greatly helpful in strengthening the capacity faculty of SBKWU in all areas.

She also informed that through new phase, 30 more scholarships would be awarded soon in various disciplines. She also appreciated the transparent selection process, which enabled the capable and deserving candidates to get an opportunity to enhance their knowledge at the leading higher education institutions of academically advanced countries.Earlier, Wasim Hashmi Syed, Project Director and Focal Person of HEC, conducted orientation session with SBKWU scholars and provided them the guidelines of the HEC scholarships policies and assist them to secure admission in HEC recognized international universities.

Since its inception, the HEC has paid special attention towards promoting higher education sector in the Balochistan province. The main initiatives include special scholarship schemes for the faculty and youth of Balochistan, implementation of federal government’s quota policy in award of local and foreign scholarships, establishment of well-equipped HEC regional centre at Quetta, number of universities has been increased from two to seven including the first women university of Balochistan and launched special projects for the development of basic infrastructure at higher education institutions of the province including labs, class rooms, seminars rooms, labs, transport facilities, digital libraries, video  conferencing facility etc.