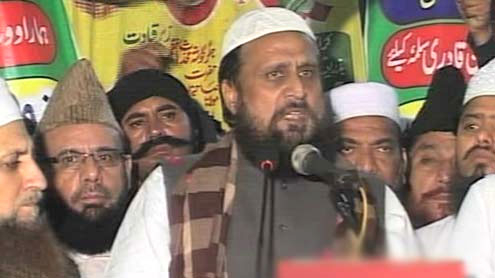 The SIC train march against drone attacks and anti-Islam film has reached Rawalpindi.

He termed the attack on Malala as un-Islamic and demanded of the government to start military operation against Taliban in North Waziristan.He also urged government to call a session of the Organisation of Islamic conference (OIC) in Pakistan over the issue of Tahafuz-e-Namoos-e-Risalat (PBUH) and to resolve the issue by legislating against blasphemy.Hundreds of workers and supporters of SIC welcomed the march participants when it reached Rawalpindi Railway Station. – Dunyanews