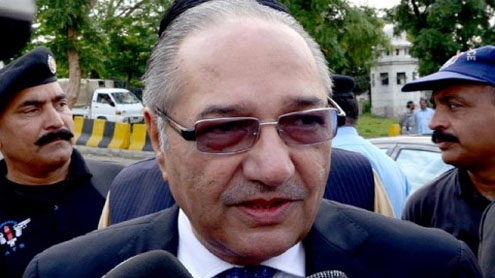 ISLAMABAD: Minister for Water and Power Ahmad Mukhtar has said the government has taken short-, medium- and long-term measures to provide uninterrupted electricity at affordable rates to the people.

In a written reply to the National Assembly on Wednesday, he said the measures included installation of hydel and coal power plants and conversion of oil-based plants to coal. Rejecting the impression that the government had failed to control the power crisis, Mukhtar said, “We have successfully added about 3,000MW of electricity to the national grid. The present crisis, however, is due to circular debt, shortage of water and constraints in supply of gas.” He said the effect of circular debt had been mitigated to considerable extent by subsidy payments.

He said the government was undertaking a comprehensive reform process to eliminate inefficiencies in power sector and to build its capacity. To a supplementary question, the minister said efforts were being made to recover outstanding bills amounting to Rs 420 billion from private consumers as well as the federal and provincial departments. He said the recovery of this amount would help clear the outstanding payments of about Rs 487.93 billion of IPPs. He said a series of steps had also been undertaken to check the electricity pilferage. – PT