US consulate in Lahore should be shifted 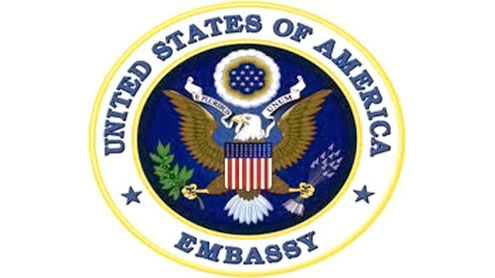 US consulate in Lahore should be shifted

LAHORE: The Punjab government has removed containers installed outside the consulate to block the road around Shimla Pahari after ensuring a foolproof security at the US consulate.

The containers blocked one of the main arteries which connects Davis Road, Egerton Road, Empress Road. The routine commuters to Egerton Road, Garhi Shahu, Davis Road and Railway Station breathed a sigh of relief after the removal of the containers. The containers were erected in the wake of protests against the anti-Islam film. During the suspension of traffic, commuters were forced to pass through the other side of Shimla Pahari where most of the time traffic snarled up due to heavy flow of vehicles.

According to sources of the provincial government, the containers were removed after the situation became normal. On the other hand, at the entry point of the street leading to the US consulate and the Governor’s House backside, some containers were placed while an additional wall has also been erected. However, strong contingents of police are still deployed to tackle any untoward situation. People urged the government to devise an alternate traffic plan for the area, as the blockage has become a permanent source of nuisance.

They were of the view that the area around Shimla Pahari was a hub of business activity and there were hundreds of offices in the area. Students of Queen Marry School and College), Convent of Merry and Jesus School and other private schools are also facing difficulties. They said the US authorities should be asked to shift their consulate to another place or the government should take measures in this regard. – Dailytimes