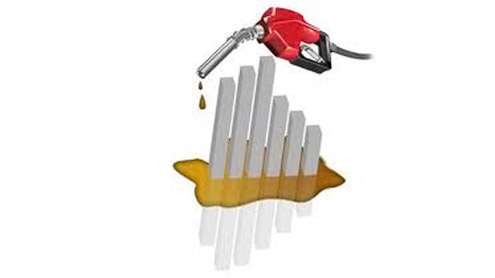 ISLAMABAD: The federal government on Sunday decreased the prices of Petroleum, Oil and Lubricant (POL) products by up to Rs 6 per litre, and that of Compressed Natural Gas (CNG) by Rs 5.49 per kilogramme for the next seven days with immediate effect.

The Oil and Gas Regulatory Authority (OGRA) issued a notification for the decrease in prices after mutual consent of the Ministry of Petroleum and Natural Resources and the Finance Division.According to the notification, the price of petrol has been decreased by Rs 6 per litre, kerosene oil Rs 0.40 per litre, high speed diesel (HSD) Rs 0.14 per litre, light diesel oil (LDO) Rs 0.95 per litre, JP-1 Rs 0.79 per litre, JP-4 Rs 0.18 per litre, and JP-8 Rs 0.79 per litre for the next week starting today (Monday).

Meanwhile, the government has also announced a decrease in the price of CNG by Rs 5.49 per kilogramme for region-1 and Rs 5.02 per kg for region-2.After the decrease, CNG will be available at Rs 93.79 per kg from Rs 99.28 kg in region-1, including KP, Balochistan and Potohar region (Rawalpindi, Islamabad and Gujjar Khan); and Rs 85.68 per kg from Rs 90.70 per kg in region-2, including the areas of Sindh and Punjab (excluding Potohar region).

Last week, the Finance Ministry had approved an increase in petrol price by Rs 1.73 per litre. However, the price of HSD was slashed by Rs 0.47 per litre, kerosene oil by Rs 3.05 per litre, high-octane blending component (HOBC) by Rs 6.06 per litre, and light diesel oil (LDO) by Rs 2.10 per litre.The price of CNG was increased by Rs 1.59 per kilogramme after the hike in petrol price because of a mechanism under which CNG price would be equal to 60 percent of petrol price. – Dailytimes