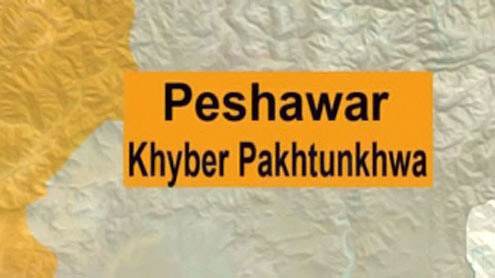 PESHAWAR: The elementary and secondary education department is unlikely to achieve its targets owing to widening gap between the required and allocated funds, according to sources.

The targets, set for the department under the education sector plan, include ensuring access of students to schools and improving quality of education and governance.Sources said that a gap of billions of rupees persisted between the funds needed and allocated to the elementary and secondary education department during the past two years.The education department had estimated Rs21.44 billion and Rs29.578 billion in the financial years 2011-12 and 2012-13 respectively to achieve the targets. However, the provincial government allocated only Rs10.1 billion and Rs17.088 billion to the department during the last two financial years, sources said.

They said that the gap between the required and allocated funds during the past two years stood at Rs24.01 billion. It was believed that the gap would further increase as education department estimated that it would reach Rs74.168 billion, they added.According to official documents available with Dawn, the architects of the education sector plan estimated that Rs152.522 billion would be needed for achieving all the targets. It will be impossible for the education department to meet the goals if the required development funds are not allocated to it, according to the documents.

“If there is no school in a particular area and the education department can’t establish a primary school in that area owing to its meagre development budget, then how it will ensure access of children to schools,” asked an educationist.In the absence of schools, he said, it was impossible for the government to enroll out of school children, one of the targets planned to be achieved during the next three years under the education sector plan.He said that it was also difficult for education department to establish high and higher secondary schools in the province. There are around 23,000 primary schools in Khyber Pakhtunkhwa with 2,776,642 enrolled students, according to 2010-11 annual statistic report of education department.

The students of primary schools in some remote areas have little chances to continue their education as there are only 4599 middle, high and higher secondary schools in the province.The government needs to establish at least one high or higher secondary school for boys and girls in each union council to enable the students to continue their education. However, it is not possible owing to shortage of funds.

The educationist said that the second area of focus was to minimise and stop, if possible, dropout of students from schools. In the existing situation, most of the primary schools had little facilities that forced students to quit education, he added.Owing to allocation of meagre development funds, construction of required classrooms in the already established primary schools was not up to the optimum level. It was also a big issue as thousands of primary schools had only two rooms for six classes from preparatory to grade V, the educationist said.“It has been noticed that. – Dawn

No military operation going on in Balochistan: Malik