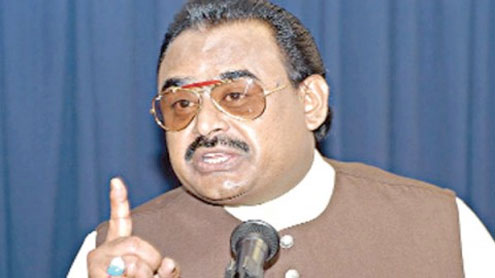 According to a statement issued here on Tuesday, Hussain expressed grave concern over the increasing wave of religious extremism, sectarian violence and bloodshed, excesses committed against religious minorities and lack of tolerance. Both leaders denounced the sacrilegious film and said that it was a total denial of the principles of freedom of expression.

They also condemned violence, terrorism and damaging of public and private properties by the miscreants on the occasion of Youm-e-Ishq-e-Rasool observed on 21st September as the mark of protest against the blasphemous film. They deplored the burning of a Church in Mardan and the loss of innocent lives in incidents of violence.They agreed that the incidents of violence and terrorism could not be called an expression of love for the Holy Prophet (PBUH) as they had brought Islam and Pakistan into further disrepute internationally.

Ashrafi commended Hussain for raising his voice against the disparaging film and for pressing the issue diplomatically and by protesting in a peaceful manner. He also praised the demand for formulating laws through the platform of the United Nation in order to stop such inflammatory incidents in the future.Ashrafi also praised efforts being made by Hussain for sectarian harmony and religious tolerance. Both the leaders agreed that promoting religious harmony, brotherhood, tolerance, and love in the country was the need of the hour.

They said that all citizens must be given equal respect and dignity based on the principles of humanity irrespective of their religious following.Religious sensibilities of non-Muslims must also be respected, and nothing should be done to hurt their feelings.They also agreed on making mutual efforts for the unity of Muslims, interfaith harmony and for promoting brotherhood. – Dailytimes