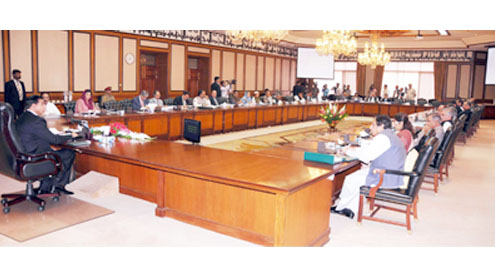 ISLAMABAD: Prime Minister Raja Pervez Ashraf on Wednesday called upon the nation to register their protest peacefully over the blasphemous film.

The Prime Minister expressed these views while chairing the meeting of federal cabinet at the Prime Minister Secretariat here. The cabinet suspended its routine agenda and took up the issue of blasphemous film which was facing strong protests by the Muslim world. The Prime Minister in his opening remarks said the government strongly condemned the nefarious act. He asked the people to protest peacefully, observe restraint and refrain from damaging the public property. – APP