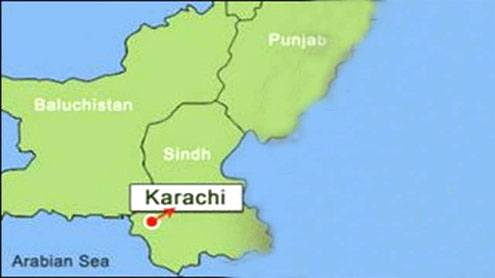 At least six people including a child were killed when two bombs went off in a busy commercial area of the southern Pakistani port city of Karachi on Tuesday, police and hospital officials said.

The bombs went off in quick succession in the usually crowded Hyderi Market in central Karachi during the evening rush hour, police officer Azam Khan said. One bomb exploded in a dustbin and three minutes later another went off at the main parking lot in which about a dozen vehicles were damaged, he said.

“We suspect the bomb was planted in a car or a motorbike parked in the area. “Casualties were caused by the second blast,” he added, confirming that at least six people were killed including a nine-year-old child. More than 15 others have been wounded. The powerful blasts were heard several kilometres away, residents said. The casualties were taken to the local Abbasi Shaheed Hospital. – Nation