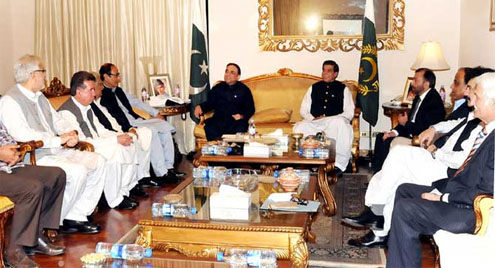 ISLAMABAD: A meeting of the heads of allied parties was held here at the Aiwan-e-Sadr on Monday night with Co-Chairman PPP President Asif Ali Zardari and Prime Minister Raja Pervez Ashraf in chair.